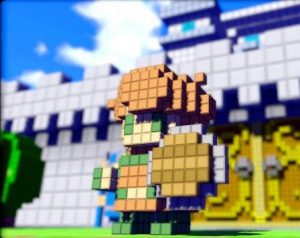 From Software’s 3D Dot Game Heroes is due out in Japan next week, and as Kotaku reported last week, uses loading screens that reference all sorts of old games. There had been some concern over copyright infringement in the US with regards to all the allusions the game makes, but it seems that they must not be too big of an issue if Sony is guaranteeing a North American release. The retro adventure game has no publisher or timeframe for crossing the Pacific just yet, but we’re waiting with bated breath.