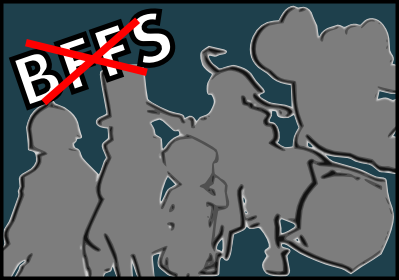 Sometimes as you’re playing a game, a twist of events will make you realize that a character who’s supposed to be your friend (or perhaps even the very protagonist you’re playing) is in fact the worst buddy on the planet. Read on, and you’ll see that the video game characters in this list will ditch, betray, and even harm their friends just to have their way.

Note: This list contains serious spoilers for Final Fantasy Tactics Advance, the Professor Layton games, Persona 3, and Portal 2, so you may want to stop reading if you haven’t played these games already. Consider yourself warned! 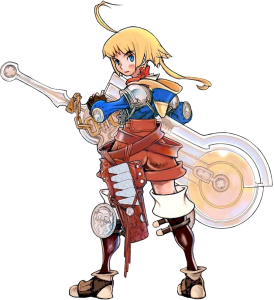 Most of the time when you start up an RPG, you expect the main character to be a pretty nice person. Sure, they might be an outcast for a little while, but in general, they end up making new friends and doing something selfless to save the day. Well, Final Fantasy Tactics Advance turns that trope on its head. When a magic book transports Marche and his pals to a fantasy realm called Ivalice, he is determined to find a way home. Pretty standard so far, right? There’s just one tiny flaw in that plan: none of his friends actually want to leave because they all have better lives in Ivalice. Ritz’s hair isn’t white anymore, which made her a target for bullying back home. Mewt’s mother is not only alive in this world, but she is also the queen, making Mewt a prince. Marche’s little brother, Doned, was paralyzed and needed a wheelchair in the normal world, but in Ivalice, he can walk on his own. Marche is the only one who wants desperately to return to his life as a normal boy. He proceeds to ignore his friends’ desires, claiming they’re just giving in to escapism, and destroys the crystals keeping everyone in Ivalice. In the end, Marche is a selfish little meanie, and it’s that selfishness that gets everyone back to the place where their lives suck. 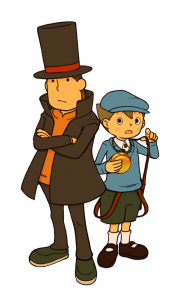 The professor and Luke are pretty loveable characters. They’re true English gentlemen, hats and all, and they’re generally nice to anyone they meet…as long as your name isn’t Flora. They may have solved the mystery that let Flora out of St. Mystere in Curious Village, but ever since, the duo has constantly found reasons to leave her behind. It’s not like solving puzzles is a boys-only club: the prequel games tell us that the professor had an awesome female assistant named Emmy. Yet, in Diabolical Box, Luke and Layton sneak off to find out the secret behind the Elysian Box without telling Flora. She follows them anyway because she wants to help, but when Don Paolo kidnaps and switches places with her, we don’t hear any mention of the real Flora again until the end of the game. Then, in Unwound Future, Layton and Luke go to Future London without her, and when they come back home for a bit of extra investigating, she’s clearly angry about it. Still, she tries to make the “gentlemen” some food before they head out again, and they just run off! She does manage to track them down, but maybe she wouldn’t have to solve “The Mystery of the Missing Friends” every time something fun happens if they’d just bring her along from the start. 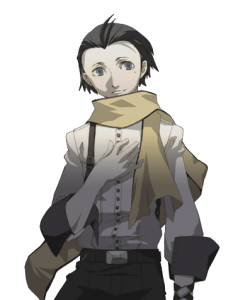 When the mysterious Ryoji first appears in Persona 3, he seems like an agreeable sort of guy. He’s a huge flirt, so he gets along really well with Junpei, and his charming personality wins over most of the members of S.E.E.S. (Except for Aigis, who is probably just upset that he wants to monopolize the protagonist.) He, Junpei, Akihiko, and the protagonist even find some time to bond over trying to peek at girls in the hot spring! Then, just when you think he’s your buddy, he shows up at your dorm one day to tell you that he has no choice but to help bring about the end of the world. Well, that was a downer, but whatever: obviously you’re going to make everything all right anyway. Then Ryoji offers you the chance to live a worry-free life until the world ends…if you’re willing to kill him. You know, kill your most recent friend. Oh, and the decision is all up to you, the lucky protagonist. When you tell him he’s crazy and you’re not going to kill him, he tries to bully you into doing it anyway, just so he won’t have to watch you live in pain until Nyx brings about the end. How…thoughtful? (Someone actually made a rather amusing video about this whole situation.) 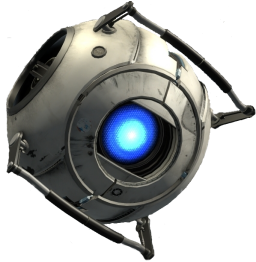 Wheatley is the jolly personality core who greets Chell when she wakes from her indefinite slumber at Aperture Science. It’s good that he shows up, because that means she can finally escape that death trap once and for all. Of course, he’s really just doing his job: the reserve power has gone down, and since Wheatley’s in charge of keeping the test subjects alive, he has to go and find out how many of them are left. When he finds Chell, his new bestie, Wheatley figures he’ll hitch a ride out of the facility with her. He even helps foil GLaDOS’ turrets and deadly neurotoxin, at least until he swaps bodies with her. You’d think Wheatley would follow the plan and let Chell go after that, but unfortunately, his little robotic mind can’t take all that power. Once he’s in charge of the facility, he pulls out all the stops (to the best of his inferior ability) in an effort to kill Chell, managing to make GLaDOS seem like almost as close a friend as the Companion Cube.

Many of the Mario Games: Mario
Yoshi has been Mario’s faithful companion through all kinds of trouble. He’s always there when Mario needs to stomp some Goombas or get an extra boost to snag some kind of prize, even to the point of sacrificing himself so that Mario can make it over gaping chasms. But let’s be honest: when Yoshi falls to his doom, that’s really the player’s fault, not Mario’s. So why, then, is our favorite mushroom-eating plumber on this list? Well, to answer that question, let’s watch a video of Yoshi sticking out his tongue to eat something.

If the video’s cues weren’t enough, just pay attention and you’ll notice that Mario actually smacks Yoshi in the face every time he wants his dinosaur pal to eat something. Take a close look at the more recent Mario games; after everything Yoshi has done for Mario, the poor little guy still gets hit. Yoshi probably isn’t even hungry, but that doesn’t matter when there are enemies in the way or life-giving fruits to be eaten.

Well, that finishes up our list of bad buddies in video games. Do you think you would be able to count on these folks to be nice to you? Regardless, if you want to join in on the fun, feel free to share your own list of characters that would make terrible friends.