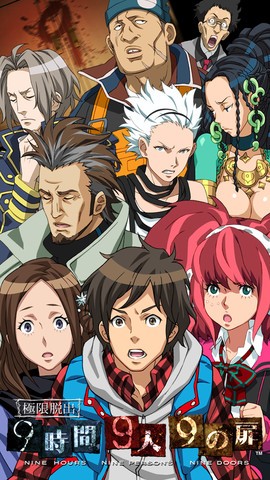 999: Nine Hours, Nine Persons, Nine Doors is easily one of the best exclusives for the Nintendo DS. It was a cult hit here in the West, and it spawned an excellent sequel that launched last year on both the 3DS and Vita.

And now, it’s on iOS devices.

While the iPhone and iPad version of 999 is currently limited to the Japanese App Store, series creator Kotaro Uchikoshi hopes that an English version will “be released by autumn.”

The iOS port is a tad different from the DS version though. The game is strictly a visual novel now, as all the puzzles have been removed. Secondly, the iOS version comes with a handy flowchart to map out the game’s branching storylines, a feature that was included in the game’s sequel, Virtue’s Last Reward.