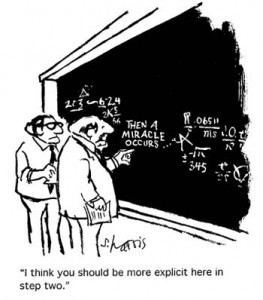 I love when scientists write papers on how video games have beneficial effects, as they are actual evidence in the constant fight with assholes like Jack Thompson or Hillary Clinton who try to censor or out right ban games.  I also love that journalists usually don’t read the papers themselves, they then write a soundbite from the paper, usually get the conclusions wrong, then they don’t even tell you where you can read it yourself. (Links at the bottom 🙂 )

Lucky for you dear readers, 2 of the writers for The G.A.M.E.S. Blog are scientists.  We don’t pull that crap.

Folks who play action video games (think Call of Duty or Halo), have a greater attentional capacity, faster attentional blink, have a wider useful field of view and are better at filtering out the non-important details in their visual tasks.

Dr. Daphne Bavelier of Rensselaer Polytechnic Institute looked at subjects aged between 18 and 23 years. The Video Game Players (VGPs) had played action video games on at least 4 days per week for a minimum of 1 h per day for the previous 6 months. The games included Grand Theft Auto3, Half-Life, Counter-Strike, Crazy Taxi, Team Fortress Classic, 007, Spider-Man, Halo, Marvel vs Capcom, Roguespeare and Super Mario Cart. The Non-Video Game Players (NVGPs) had little to no, video-game usage in the past 6 months.

Test 1 Participants had to determine if a square or a diamond appeared within one of six rings, while ignoring a distractor shape presented outside the rings. The distractor shape was randomly made to be compatible (the same as the target shape) or incompatible (alternative target shape).  The participants were presented the ring for only 50ms.   The researchers increased the difficulty of the shapes in the ring until everyone had trouble getting the correct answer.

Participants were flashed a set of random numbers in a grid shape.  They were asked to identify how many squares big was the grid.

Pretty much same as Test 2 but the grid was flashed for a much shorter time and appeared anywhere from 0.5 degrees to 30 degrees from the center of vision.

Subjects were flashed Shapes and Numbers.  The task was to identify what was shown.  The detection of shapes is processed in a different area of the brain than numbers.

Test 4 quantifies attentional blink (i.e. the Lag inherent in the brain when switching the area used to process stimuli.)

After showing that VGP’s performed significantly better at all tests, the researchers then trained the NVGP’s by having them play Medal of Honor or Tetris in order to determine if action game playing trained VGP’s to be better at these visual tasks or if people who are inherently good as such tasks tend to be the ones who play such games.  Tetris was used as a control since has a visuo-motor component, but your attention is always on one object at a time while MoH requires you to track multiple objects at once (other players, NPCs, land mine placements, etc…).

The final result:   VGP’s excelled significantly over NVGP’s at the first four tests.  The NVGP’s that played MoH showed a significant increase in their abilities to perform tests 1-4 after one week of training.  The NVGP’s that played tetris showed no improvement.   This indicates that VGP’s were not inherently good at these tasks but that the act of playing such games  trained them to be better at these tasks.

Watch the author of the study give a presentation on the research here.  It’s only an 1hr 24min long.