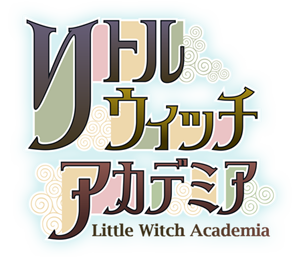 The former NIS America trio who formed acttil have announced their first license: they will be working to bring over a collector’s edition of Little Witch Academia. Created by the Trigger animation studio, the story follows a girl named Akko is inspired to become a witch and thus joins Luna Nova Academy. Akko and her classmates head to an underground labyrinth for training, where they run into a dragon and must work together to survive and escape.

Along with the show proper, the Blu-ray collector’s edition will include a 66-minute making-of documentary. The collection will also come with an original soundtrack and a 112-page art book. No price or release date have been set yet, but that information is likely to be announced at Anime Expo.

In addition, there will be a fan event held at Anime Expo on July 6th at 2 p.m., but fans must register ahead of time for a chance to be included. In order to take part, head over to acttil’s Little Witch Academia site for more info, but be quick as the cutoff for the contest is June 26th. Script writer Masahiko Otsuka will be at the event and will hold a separate panel at Anime Expo, as well.

The press release also teased an upcoming video game announcement from acttil as well, so make sure to check back with The G.A.M.E.S. Blog for that announcement when it comes out.