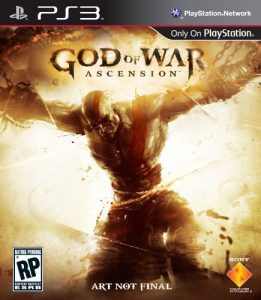 Thanks to a slip up at Amazon that has now been removed. The trailer for God of War Ascension is now out in the wilds of the internet. This comes as rumours have been rampant in recent weeks over a possible new entry in the popular Sony franchise continuing the adventures of the ever pissed off Kratos.

Although this is a leak it comes as more of a whimper than the usual foray previous reveals have caused among the community with a console version of the God of War series.

The teaser itself is nice enough revealing that the game will in fact be another prequel in the series which brings the prequel count to the same amount as the numbered entries. Possibly this is Sony saving God of War 4 until the next generation.

Although it is a little to early to tell it seems like the series will be remaining firmly fixed in Greek Mythology considering that it will be a prequel. I guess at this point In the series I wanted to see Kratos tackle a new threat. Possibly more inline with David Jaffe’s original vision of God of War 3 in which Kratos takes on Gods from Egyptian and Norse Mythology. But that is just my opinion but what is yours? Lets us know in the comments section below.