Sometimes, ever so rarely, a piece of fiction comes trudging along, hits all the right spots, is great in nearly every way, but falls flat because of one crucial mistake: the makers chose the wrong medium. Dredd, last year’s not-another-apocalypse-movie, should not have been a movie; it should have been a video game.

To be sure, Dredd is shot beautifully. With Andrew Dod Mantle (28 Days Later, Slumdog Millionaire) behind the camera—a Red MX, at that, one of the few cameras on the market that is actually worth its exorbitant asking price—how could it not be? In addition, the production design is impressively atmospheric in a way that many filmmakers don’t even strive to achieve, let alone actually achieve, and the computer-generated effects are both captivating and disorienting in their versatile swath of colors.

So Dredd looks great. It really does. But it is one of those rare stories that would’ve—and this doesn’t happen often, so I’m really excited to say this!—worked better as a video game.

Judge Dredd (Karl Urban), the eponymous and focal character, is not a character befitting of being viewed; he’s befitting of being inhabited. You know the type—the silent, violent type. When it comes to non-interactive media, we ingest it to connect with characters that remind us of ourselves. Empathy. It’s a basic human emotion; one that a good movie or show or play can effectively bring out in us.

But Dredd—and, by extension, Dredd—doesn’t do that. His spectrum of emotions ranges from stoic to deadpan. His character arc is equally dull. Blank, badass canvasses don’t make for good viewing. If anything, they make for a good projection of the self, of the viewer, of the player (see: Master Chief, Link, and pretty much every video game protagonist, ever). Dredd falls into line with about a thousand similar figures, but comparatively few of them happen to come from his home medium. 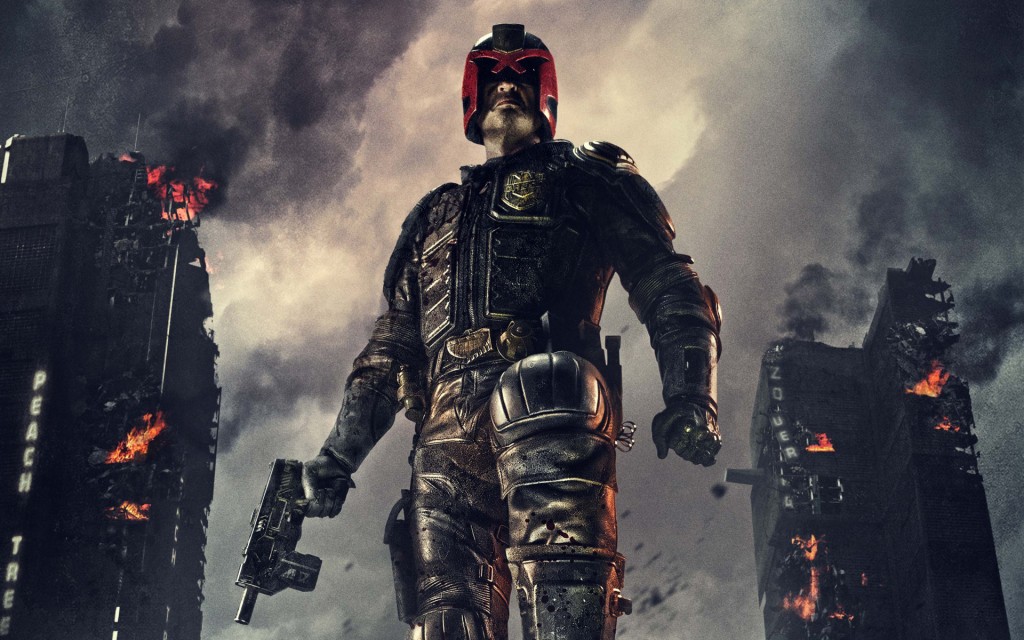 Dredd’s world, Mega-City One, is as emotionally empty and substantially bland as the main character, but it’s a world that, for all intents and purposes, belongs to video games. Now, I’m not getting on my soapbox and making the claim “movies shouldn’t depict [pick a topic].” No. No way. Free art, creative process; whatever you want to do, I’m cool with it.

I’m just asking: why would you want to use this in a movie?

The post-apocalyptic wasteland wasn’t created and tailored to be looked at. It’s ugly, desolate, disparaging; a vast pit of grays and browns and tans with—maybe—a few splashes of muted green. This modicum of colors, plus the mandatory and self-explicatory lack of human presence—The world went to shit! Of course people are sparse!—fosters a sense of exploration. Exploration, as the most popular games of the past few years will have you know, is now almost essential to a good video game, while it is physically impossible to have it in a movie. With a post-apocalyptic setting, human connection is hard to come by; after all, you can’t just grab a beer or watch a, heh, movie.

You can, however, open a container and look for supplies. You can break down a door and see if, by some crazy how, there’s still someone alive. You don’t have to abide by rules or regulations; you can just explore.

It’s for precisely this reason that video game developers have capitalized on the apocalypse. Through them, we’ve gotten games like Rage, Borderlands, The Last of Us, Metro 2033, and, of course, the Fallout series.

On the other hand, filmmakers have given us … The Road? And that’s an adaptation! A good one, yes, but still not entirely original. You could, conceivably, mention Mad Max, but A) it’s being made into a game, and B) nope. Just nope.

All of this stuff—the colors and the setting and the bland characterization—is ultimately superficial, when applied to the “should this be a game or not” debate. Solid things to think about, but certainly not the most important element. “The plot!” you must be asking. “The plot! Is it too complex to tell in an interactive format? Do we need to be dragged along?”

Dredd, narratively speaking, can be summed up in one sentence: Judge Dredd and his partner get trapped in a building where they must climb, from the bottom to the top, and kill increasingly tough enemies until they get to the top, where they kill the toughest enemy and save the day. That is the exact storyboard that’s been present in most every video game since the foundation of the video game industry.

It’s a bit of a shame that a story so brimming with video game material, so full of potential to be an incredible immersive environment, fell so flat. Since the film received only middling reviews, and less-than-middling box office margins, a sequel is a far cry—therefore, a video game is nigh impossible. Alas, we can hope.

And, if that doesn’t work, we can start a petition for Karl Urban to succeed this woman: 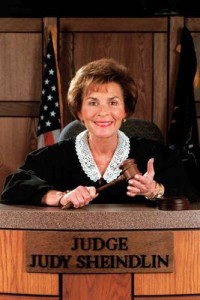