Welcome to this week’s Anime News Recap. This week, classic games and anime are seeing new adaptations, plus some news involving a Studio Ghibli documentary.

Manaco-based Shibuya Productions, Japan’s Tezuka Productions and France’s Caribara Animation have teamed up to create a brand-new Astro Boy animation. The animation is going to use a mixture of 2D and 3D CG and is slated for 26 episodes. For the first time, producers of the new Astro Boy are allowed to change the overall story. Shibuya Productions explained that the new Astro Boy will be set in modern times and will feature a contemporary design in order to draw in a newer generation. The first teaser trailer is scheduled for September. 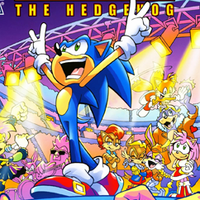 Sony Confirms Plans for a Sonic the Hedgehog Movie

Last year it was only a rumor, but this year, Sony and Marza Animation Planet, which is a division of the Sega Sammy Group, have confirmed that they are in the process of creating a Sonic the Hedgehog movie. The film is going to be a live action/CGI hybrid with Sony using The Smurfs as a point of reference. Evan Susser and Van Rabichaux from the improv/sketch group Upright Citizens Brigade will be scripting the epic confrontation between Sonic and Dr. Eggman. Unfortunately as of now there is no mention of a release date. 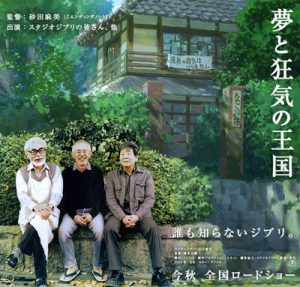 American film distributor GKids has acquired the rights to release the Studio Ghibli documentary Kingdom of Dreams and Madness. The film follows Hayao Miyazaki as he works on his final film The Wind Rises, Isao Takahata as he worked on The Tale of Princess Kaguya and producer Toshio Suzuki as he worked on both projects. Along with the documentary, GKids also announced that they will also be screening The Tale of Princess Kaguya in North America this fall.

My Girlfriend is an Alpaca Visual Novel Coming to Steam

Also known as PacaPlus, My Girlfriend is an Alpaca is a visual novel about Saeki Kazuma who visits a place called Alpaca Kingdom with his friends, and on the way home finds out that somehow his girlfriend has been replaced with a fluffy white animal. Despite how it sounds,  this visual novel is non-eroge (not sexual in nature) and is more of a cute/moé game. You can see the trailer for the game below. PacaPlus will be distributed through Steam, and physical copies will be sold at Anime Expo in Los Angeles. There is no official date as of yet for its release.