Welcome to this week’s Anime News Recap! There are plenty of new licenses, manga news, and some awards buzz to look forward to, so read on for the news stories you might have missed recently.

The Wind Rises Nominated for an Oscar 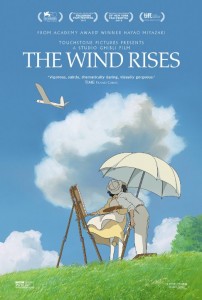 In news that probably won’t surprise anyone who’s ever watched a Miyazaki movie, The Wind Rises has been nominated for an animated film Oscar. Spirited Away, which many consider one of the greatest animated films in history, is the only anime film to ever win an Oscar. Will The Wind Rises be able to take home the prize again to close out Miyazaki’s film career? (Assuming he doesn’t come out of retirement again, anyway.) According to the Anime News Network, the film has already won several awards, so perhaps it has a chance.

Sentai Filmworks Announces New Licenses
Sentai has picked up several new anime licenses in the last week, including some series that star wizards, a (very loose) historical fiction, and even what appears to be some Nitroplus fan service. You can catch these on Crunchyroll for now; Sentai says the home video release will come, but hasn’t told anyone when.

If you prefer to read your manga digitally, Viz has some new options coming your way in the second half of January. Their digital Weekly Shonen Jump starter pack (which you can read for free, to see if you want to try a full subscription) is getting an update. The starter pack now includes the first chapter of All You Need is Kill, along with chapters from Naruto, One Piece, and others. Ozamu Tezuka’s Phoenix, a manga that spans past, present, and future with the phoenix as a common thread for twelve different stories, will also see its digital debut this month.

On the print side of things, Weekly Shonen Jump is getting a new purchase pack that lets readers buy the magazine, obtain some Yu-Gi-Oh! cards, and snag a three-month subscription to the digital version of Weekly Shonen Jump. You can get this pack in certain brick-and-mortar stores for $19.99.

Good Smile Company Brings New Anime Figures to the US

If you like anime and video game figures, then you’ve probably heard of Good Smile Company, the folks behind the Nendoroid and Figma lines as well as other figures. They’ve started a new distributor in Los Angeles, called Ultra Tokyo Connection, to provide U.S. fans with a “direct source” for their merchandise. They’ve also opened up pre-orders for several new figures, including a Nendoroid and a Figma of Levi from Attack on Titan, a Nendoroid for Luigi from the Super Mario games, and a scale figure of Ryuko Matoi, the heroine of Kill la Kill. It doesn’t look like there’s much at the Ultra Tokyo Connection site yet, but you can reserve those figures at Good Smile’s online store.

DreamWorks is Making a Live-Action Ghost in the Shell Film 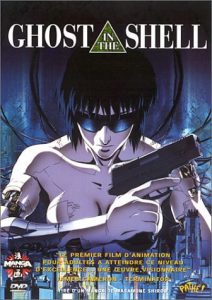 Live-action adaptations of anime that come out of Japane seem to be a mixed bag, but what about adaptations from Hollywood? Ghost in the Shell, originally a cyberpunk manga by Masamune Shirow and later a brilliant film directed by Mamoru Oshii, is getting the live-action treatment, courtesy of DreamWorks. The story follows Motoko Kusanagi, a cyborg police officer, as she tracks down criminals in a future where people have to worry about having their cyberbrains hacked. Apparently, DreamWorks has brought in Rupert Sanders (Snow White and the Huntsman) to direct.