Thanks for joining this week’s anime news recap. This week there are quite a few anime releases announced, as well as Goku showing off his rapping skills. 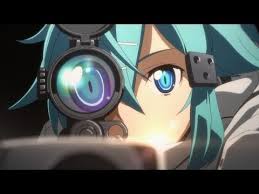 Aniplex of America has announced plans for the worldwide premiere of Sword Art Online II for July 4th. The premiere of the next installment in the Sword Art Online franchise will take place at Anime Expo in Los Angeles, Japan Expo in Paris, MCL Telford Cinema in Hong Kong, Cinemark Taipei in Taiwan, and Megabox Dongdaemun in Korea, plus 21 different German cities. In celebration, Anime Expo is also bringing in a few guests of honor including the author of Sword Art Online, Reki Kawahara. For those many of us who can’t attend, Hulu and Crunchyroll will all be streaming simulcasts of the series starting July 5th. 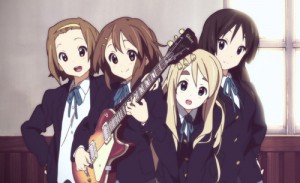 In their latest acquisition, Sentai Filmworks has gotten their hands on the music-centered anime K-ON! Season 1. So far they have already released the season 2 and movie on DVD and Blu-Ray, so it is only natural to release where it all began. Bandai had originally released K-ON! Season 1, but their license ended with the closing of their anime distribution department. The series follows Yui Hirasawa, who is being pressured into joining a club in her first year of high school. By chance she joins the Light Music Club, but is surprised to find out that she actually has to learn to play an instrument to join. With no date on the specific release we are only treated to the words “coming soon.” 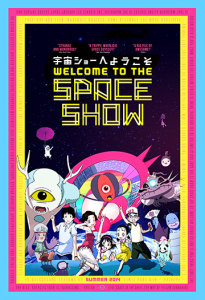 Welcome to the Space Show Seeing a NA Release

Through their Facebook page, GKids Films confirmed that the epic space odyssey Welcome to the Space Show is scheduled for a North American release in October 2014. The film is about five children who encounter an injured dog-like alien named Pochi. In return for helping him, the kids are rewarded with a tour of outer space, giving them an adventure that is truly out of this world.

Included in the film are colorful visuals, a large cast of characters and a theme song by the UK singing sensation Susan Boyle. Now, that last one might be a bit of a surprise, but if Leona Lewis can sing in Final Fantasy with success, then why not?

A while back, Screw Attack series “Death Battle” made Superman and Goku fight each other to the death to see who was more powerful. In the end Superman reigned supreme. In an unofficial rematch, the minds behind the “Epic Rap Battles of History” decided that they need to settle their dispute with less blood and more insults. What we get is a confrontation that is just as epic and could probably destroy the world because of how mind blowing even a simple war of words can be.