Welcome to this week’s Anime News Recaps. Along with the usual announcements of licenses and movies, this week saw the passing of a beloved voice actor. 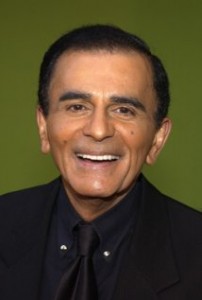 With all the famous voice actors out there, it’s hard to remember that some of America’s greatest people have participated in the world of anime. Casey Kasem was one of these guys. Best known as the original voice behind American Top 40 as well as being the original voice of Shaggy from Scooby Doo and Robin in the Superfriends cartoon, he also played Mark in the English dub of Battle of the Planets (Science Team Ninja Gatchaman) as well as Cliffjumper, Bluestreak, Teletraan 1 and and Dr. Archeville in Transformers.

Kasem died at 82 years old from complications of Lewy Body disease. Our thoughts go out to his family. 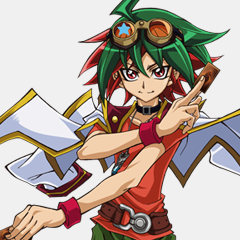 It all started when Yugi Moto found the millennium puzzle, and since then the Yu-Gi-Oh franchise has saved the world, attended school, raced motorcycles and turned a poor boy’s memories into monsters. The new series, known as Arc-V, stars a new character and a new way to play the Duel Monsters game: dueling is now more advanced then ever through the Action Duel system. Taking the old holographic technology which brought the cards to life, Action Duels allow the characters to interact with monsters and environments. Set in a brand new place, Malami City, Yuya is a middle school student with a knack for entertaining his friends. His dream is to become an Entertainment Duelist, one who makes people smile while playing the duel monsters game, while also searching for clues to the whereabouts of his missing father. Having premiered in Japan back in April, Arc-V is scheduled to be internationally released in the Spring/Summer of 2015. No word on how exactly it is going to be released as of yet.

If that weren’t enough, there was also confirmation that a new Yu-Gi-Oh movie is currently in development. This will mark the fourth movie of the Yu-Gi-Oh franchise, preceded by the Japan-exclusive Yu-Gi-Oh, Yu-Gi-Oh the Movie: Pyramid of Light, and Yu-Gi-Oh: Bonds Beyond Time. 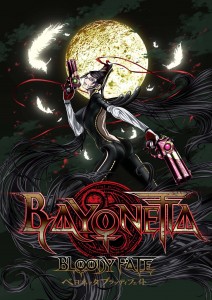 A little while back, I had informed the masses that the Bayonetta: Bloody Fate anime was going to be released in Japan in November of last year  Now it is our turn to experience Bayonetta in all her angel-killing glory, as Funimation has announced that they have picked up the license for North American release. There will be an exclusive, premiere for Bayonetta: Bloody Fate at this year’s Anime Expo, in Los Angeles, which will be presented by director Fuminori Kizaki. Although there is no definitive release date, we can only hope that it will be real soon. If the anime doesn’t peak your interest, though, you can always play Platinum Games’ Bayonetta 2 which comes out for the WiiU in October.

Funimation has also released a new trailer for the Dragon Ball Z: Battle of the Gods movie which will see a limited released in theaters on August 5th.