Welcome to the Anime News Recap. This week, there is talk about both the Japanese and North American adaptations of Ghost in the Shell, the novel The Count of Monte Cristo is seeing another manga/anime adaptation, another trailer for the new Rurouni Kenshin live-action movie is released (this time with English subtitles so we can understand what’s going on) and more. Read on for all the info! 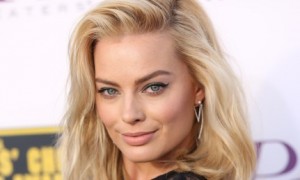 Ghost in the Shell Movies for Both Japan and North America

With the ending of the new Ghost in the Shell: Arise series approaching, the official website has confirmed that a new Ghost in the Shell movie is in the works and slated to be released in 2015. Here in America, the live-action Ghost in the Shell movie may finally be gaining a little bit of momentum. Plans for a North American adaptation of the series has been in the works since 2008. News website Deadline  reported that Dreamworks is in early talks with actress Margot Robbie (Wolf of Wall Street) to be the star. With the trend of live-action anime adaptation we are seeing, only time will tell if this project will be even completed and if it can do justice to the original manga.

The story of the Count of Monte Cristo tells the adventures of a man who was wrongfully imprisoned, and how he acquires a great fortune and uses it to gain revenge on those who ruined his life. This French novel has seen a few anime and manga adaptations in the past, most famously with Gankutsuo: The Count of Monte Cristo, which brings a supernatural spin to the story. It was announced this week that manga creator Ena Moriyama will begin serializing his new series based off the novel called Monte Cristo Hakushaku. The first chapter will run in Hakusensha’s Young Anime magazine and will be featured on the front cover. Fellow manga creator Kazuhiro Kumagai also did a direct adaptation back in 2012. 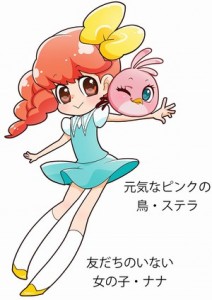 Angry Birds Gets Its Own Manga

It’s the word’s most popular game about throwing birds, and it’s crossing over into a new medium–manga. The October issue of Kodansha’s shojo magazine Nakayoshi is launching the series called Stella ~Nana to Mahō no Eitango~ (Stella: Nana and the Magic English Words). The plot is described as “Nana ends up transferring to an overseas school after her parents are reassigned to another country. Since she can hardly speak any English, she cannot make any friends and is always alone. One day, she meets a spirited pink bird named Stella at the school’s botanical garden. Stella tells her to collect mysterious English word cards to save the school.” As a bonus, each chapter will teach an English word to its readers. So now the Angry Birds gang are now in the teaching business.

It has been fifteen years since a group of kids from a summer camp were somehow transported to a digital world populated by Digimon and had to find their way home. To celebrate the fifteen year anniversary, the official Digimon website had a countdown that recently hit zero and revealed a silhouette of a grown up 17 -year-old Taichi Yamagi, the original partner of Agumon.This is to promote the new Digimon series that was announced last month and will be released next year. Though not much is known, we do know that it is a sequel/continuation of the original 1999 Digimon Adventures. With the silhouette of an older Taichi we can only assume that he, and maybe the original gang, will make a return in the new series. 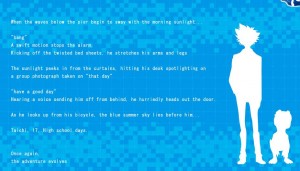 Finally, a new Rurouni Kenshin trailer was released; this time with English subtitles, so we have an idea of what’s going on.