Aniplex of America has officially announced a Blu-ray box set of Nisemonogatari, sequel to the equally long-named Bakemonogatari. The nice part is that fans won’t have to wait too long to get their hands on it as the series will release on February 26th.

The 11-episode set is based on Nisioisin’s light novel series and directed by Akiyuki Shimbou (who also directed Puella Magi Madoka Magica). The series, which ran in Japan from January to March of 2012, continues the saga of Koyomi Aragi from Bakemonogatari and his sisters. The box set contains 5 Blu-ray discs, a 36-page booklet, and on-disc extras. You can check out the packaging in the picture below. The one catch? It will run you about $120 to get your hands on it. 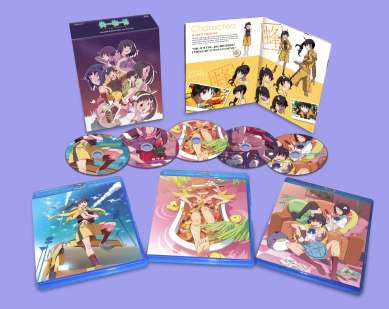