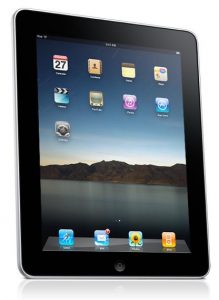 Originally slated for March, Apple has pushed the release of their upcoming iPad device to April 3rd. The mini-tablet (or is it mega-iPod?) will be available for preorder on Apple’s website and at Apple retail stores starting March 12th. The device will start at $499 for a 16GB device that only connects by Wi-Fi, and ranges up to $699 for the 64GB Wi-Fi version. Adding 3G connectivity to your device tacks on an additional $130.

Personally, I’m still not sold on an iPod touch that doesn’t fit in my pocket or a tablet PC without all the functionality. Anyone out there planning on grabbing one of these?