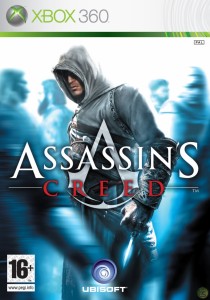 According to a report by Variety, Sony Pictures is nearing a deal with Ubisoft to produce an Assassin’s Creed movie. Back in May Ubisoft started their own movie studio called, Ubisoft Motion Pictures. They want to turn many of their titles into movies or TV shows. Currently they have already done a movie adaption of Prince of Persia with Disney, and are soon to release a Raving Rabbids cartoon for Nickelodeon. Part of their strategy, especially since Prince of Persia had a poor box office return world wide, is to retain more creative control over how the movies are made.

Sony is also expanding their gaming movie market. They have already started adaptions of the games Uncharted: Drake’s Fortune and InFamous.

Historically, no adaption of a video game has done well at the box office. This is in my opinion because the deals usually gave all creative control to the movie studio. They then assign writers and directors to the project who have never played the game, don’t know the story behind it, or simply don’t care to find out. So they end up making what ever story they want that is only loosly based on the original product. If Ubisoft can keep creative control and can get their own writers to do the story, or at least consult on it, we should end up with a pretty badass movie.