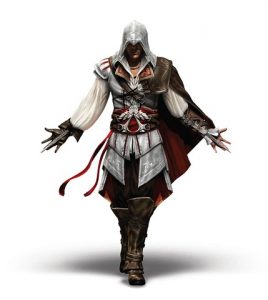 Last Month Variety magazine announced that Ubisoft was in negotiations with Sony Pictures to make an Assassin’s Creed movie.  Well that deal is finalized according to a report by Vulture.  And the rest of Hollywood is looking on in awe.

Notes one incredulous insider, “As a director, even Steven Spielberg cannot get this kind of deal.”

Ubisoft will get control over damn near every aspect of the movie making process.  They get to control the budget, the picking of the cast, the writing of the script, picking the release date, and they even get a kill switch.  They can even cancel the movie at anytime.   That last one is particularly  amazing according to the reaction from hollywood.  Typically the movie studio is the one that has cancellation powers.

So why did Sony give up so much control?  Simple. Ubisoft is putting up the majority of the money.  Seems fair to me, but the sources talking to Vulture believe that the movie will never be made now.

I admit.  I laughed when I read that.  Everyone who has watched a movie based on a video game can attest to how bad they turn out.  Even when the source material has stories and visuals that rival many movies today.

So what do you think?  Will cutting out Hollywood make a better video game movie?