Apparently, Tecmo Koei America has decided to take a hands-off approach to promoting one of its latest releases. If you happen to check the PSN regularly for updates, you might have noticed this little gem amongst this week’s new releases: Atelier Totori Plus: The Adventurer of Arland is officially available to purchase in North America. 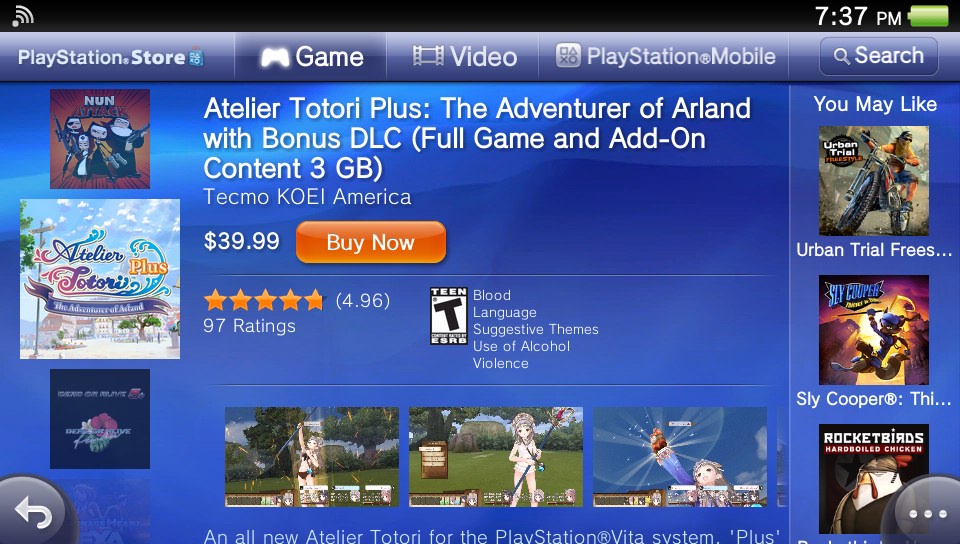 There was no announcement for the launch of this PS Vita port of Atelier Totori, which includes new content and DLC from the original PS3 release. It didn’t come entirely out of nowhere, though: a launch outside Japan has seemed inevitable ever since it was rated by the Australian Classification Board this past February. (As a side note, Totori Plus did eventually receive a rating of “T” from the ESRB, though there is no date on that one, so we don’t know when it went live.)

So far, there’s no word from Tecmo Koei about a physical release of the game, but you can download it from the PSN for $39.99. If you do so before April 16th, you’ll receive the “Angel Swimsuit” and “Devil Bikini” DLC costumes for free as part of the download.

Are you happy that Tecmo Koei decided to bring over Atelier Totori Plus? Let us know in the comments!