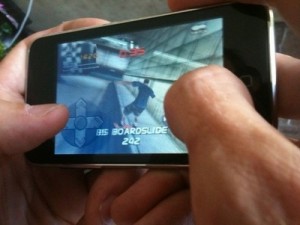 gamesindustry.biz pick up on an article from the Sydney Morning Herald about the Australian Classification Board. They are considering requiring smart phone games to be submitted to the Classification Board to be rated. Currently items sold through the internet do not need classification. So how much does classification cost? Glad you asked. $470 to $2040 per game! You can see why many indie developers might be upset by this. Especially the ones who give their games away for free.

Classification Board director Donald McDonald flagged a loophole in the classification system last October during senate estimates in Canberra. He said that he had sent a letter about the matter to the Home Affairs Minister Brendan O’Connor, who acts as the Commonwealth Censorship Minister.

The loophole allows for game developers to bypass the Classification Board when selling smartphone game apps online.

Apple’s iTunes store, Google’s Android marketplace, BlackBerry maker Research in Motion’s App World and Nokia’s Ovi store, among others, all allow for game developers to list their games on them for purchase. However, developers have not been sending their apps to the Classification Board for classification, which can cost thousands in fees.

Mr O’Connor in April this year had yet to decide what he would do, other than to say that he was “examining the issues”.

But one can also see why the government might want this. If all the apps submitted for the iTunes store were classified the government stands to make up to $345 million a year, assuming $2000 a classification. But their not gonna make even a fraction of that potential money if the developers do what Marc Edwards,founder of Bjango, plans to do. If classification becomes mandatory he will stop selling to Australians as only 4% of his sales were to Australians and that doesn’t cover the cost of classification.

Between this, R18+, and internet filters I weep for Australia.