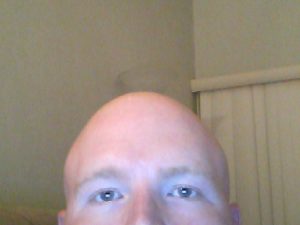 Bio:
After many years of waffling back and forth, I finally bit the bullet and started this site with the help of a few friends back in 2009, but my interest in video games, anime and manga reaches much further back. The first video game I ever played was Tennis on Intellivision, which actually pre-dates me by a few years itself. My grandfather owned it, and I first tried it when I was about 3 or 4 years old. He’s a video game fan himself, owning systems all the way up through the PS2; so, I guess it runs in my family. My parents got me a Nintendo when I was around 5 years old and the first game I beat was Super Mario Bros. 2. It was fun, but I wasn’t hooked until I rented Final Fantasy from the Movie Gallery down the street and beat it in a week. Since then, I’ve loved playing RPGs.

My exposure to anime started early, too, but back then I had no clue that it came from Japan. All I knew is that I enjoyed it, just like the other cartoons I was watching. Looking around the internet, my best guess is that the first one I ever saw was Adventures of the Little Koala followed shortly thereafter by shows like Voltron and Samurai Pizza Cats. It wasn’t until around the end of middle school and Cartoon Network started airing Sailor Moon and Dragonball Z in  their Toonami block that I knew what anime was. I watched whatever I could on TV after school and my father and I would watch it together on Saturdays back when Sci-Fi used to show it. I’d like to think my tastes have refined a bit more over the years, but we all have our guilty pleasures.

My exposure to manga came much later. I didn’t pick up my first volume until my first semester of college. I went into the bookstore on campus and saw a few volumes of Love Hina for sale and quickly scooped them up. Since then, I’ve churned through hundreds of volumes in both English and Japanese, which I learned as part of getting my undergrad degree in East Asian Language and Literature while also minoring in Computer Science. I’ve since gone back to school to study Speech Pathology. I’ve also worked as a purchasing manager and a scientist among other things. I guess you can say I like to dabble a bit.