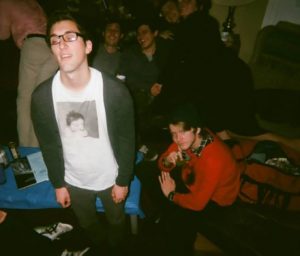 Ever since my mom made the mistake of bringing a Nintendo into the house, video games have ruled my life. For years, I would play Contra and Super Mario Bros. until my eyes would go funny from being inches away from the television screen. When the original Playstation was released, I remember begging my parents to buy the damn thing, using just about every argumentative tactic I had as a nine or ten year old. I am sure there are parents who are stingier than mine, but if there was an award ceremony, I would like to think that the individuals who gave me life would at least be on the honorable mention list. Everything that was new, whether it be clothing styles, toys, games, etc., I would have to wait roughly 2 to 3 years in order to finally get my hands on them. My parents did not do the allowance thing so I had zero income, which then meant having to wait for birthdays and Christmas to accumulate some amount of money. As a nine year old gamer I would have to go to a friend’s house in order to experience the latest in gaming. Naturally my nine year old self thought this was the end of the world. So, much to my parents dismay and never ending battle cries of “SAVE YOUR MONEY”, whenever I would acquire capita, the very next day it would be spent on a game. You’re welcome, economy. And if I was feeling a rare breath of restraint, I would save my money for a particular game that was out of reach of my usual twenty dollar mark. Needless to say, I blame my financial irresponsibility on my parents. Love you, guys.

As time progressed, my parents (looking specifically at you, mom) only made gaming harder as they made the house rules in terms of TV and computer time incredibly limited. I am pretty sure for a while I was down to half hour periods per day, and sometimes per couple days. I think. To be honest I can’t remember. Those were the times in my gaming history I like to refer to as The Great Depression, so I tend to not think about the period in my life. Moving on — finally, around my freshman or sophomore year of high school my parents (mom) gave up on all rules restraining my video game accessibility. Their attempts were futile considering I was playing games even more. Not to mention I started working, so the money was flowing (Not really. From the ages 14-16, my income was 15 dollars every time I mowed my lawn. By flow, I mean gentle current.) Once I got my first real part-time job, I could buy games regularly and could buy the new consoles on my own terms.

My taste in games has not changed too drastically over the years, save for two areas. I am now much more patient with games than when younger me and do not need action every single second. And the second area: my horror tolerance. Years ago I would shudder from just looking at the cover of a horror video game. My mom banned the original Resident Evil from my brother because I just watched him play it and I got nightmares. But now, in the words of Michael Scott, “Well, well, well. How the turntables…” I can confidently say that I will play Dead Space with a minimal amount of screaming. Regardless, video games are a part of my every day life. I am a huge fan of RPGs and any game that will fully immerse me in the characters and story. Similar to my eagerness to read so I may learn and enjoy the various writing styles and artistic visions as expressed through words, I enjoy video games for the same reason. No matter how busy I have been with school work, jobs, creative endeavors, etc., I have always had time to play video games. If I did not play video games, I would be much more boring than I already am. The G.A.M.E.S Blog has allowed the chance for me to continue my passion for gaming on a professional basis, so I hope I have valid things to say. Or at least humorous. I can deal without valid if I have humor.