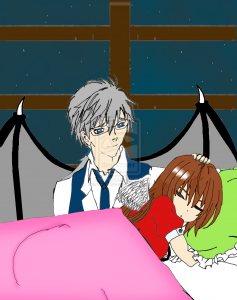 My deviantArt account, where the story I’m currently writing can be found

Your average guy from Brazil. I love games. I’ve considered myself a gamer since the age of four, when I had my first contact with a video-game ever, a NES with Super Mario Bros. Two years later, I would have my very own system in the Nintendo 64, coming with Mario Kart 64 and Cruisin’ USA. My passion for games would grow from there, and as I played more games, I ended up learning English whilst I did so. At the same time also, I would have my first contact with anime in Dragon Ball Z, Pokémon, Sailor Moon and Cardcaptor Sakura, which became my gateways for anime and manga. Later on,  I would find in myself a passion for writing. I currently write a story of my own named Fortuna Academy, which can be found on my DeviantArt account.