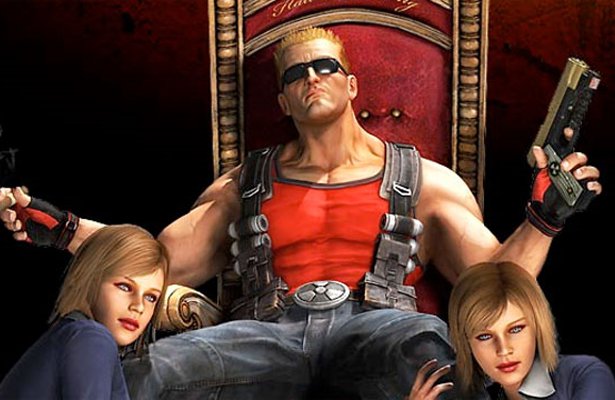 The one-liner: fictional characters use such quotes, sayings, or catch phrases to taunt enemies, make a heroic declaration, prove their dominance, and so on.  Truly badass characters often throw out one-liners to play mind games with their enemies, giving them an edge, and when the that war of words is done right, it makes the whole scene more exciting.

There are many great one-liners out there, but these are some particularly badass gems from the world of video games. Read on to see what makes them so great!

Duke Nukem 3D: “It’s time to kick ass and chew bubblegum, and I’m all out of gum.”

Why not start off with a classic? Duke Nukem is an alien-killing, woman-loving, gun-toting, heroic psychopath with an insatiable appetite for destruction. This man solves any problem by shooting it, and if that doesn’t work, he just shoots it some more until it goes away. Now, Duke Nukem has a couple of one-liners to get you into the spirit of alien killing, like “I’ve Got Balls of Steel,” and “I’ll Rip Off Your Head and (Beep) Down Your Throat.” While those are good, the one most gamers tend to remember first is,  “It’s time to kick ass and chew bubblegum, and I’m all out of gum.” This particular one-liner originated with the movie They Live, which starred WWE wrestling legend Rowdy Roddy Piper as Nada. In the movie,  Nada runs into a bank with a gun, and when he sees aliens in the bank, he utters the famous words, “I have come here to chew bubblegum and kick ass…and I’m all out of bubblegum.” Both Nada and Duke Nukem use the line before kicking some serious alien tail, and both finish the job with huge guns. Of course, it takes a truly badass person (or perhaps an idiot) to walk up to a bunch of aliens and give up the element of surprise to calmly announce that he’s about to take them out.

In the Assassin’s Creed series, players experience the lives of Desmond Miles’ ancestors, who were members of the Assassin Order. As the focus of Assassin’s Creed 2, Ezio Auditore de Firenze is the second assassin whose memories Desmond explores. Ezio is a respected young man who, by a twist of fate, saw most of his family killed, leading him on an expedition for revenge. Ezio’s uncle, Mario, takes Ezio under his wing and starts training him in the way of the assassin. When Ezio finally exacts the first part of his revenge, Mario confronts him and says that Ezio needs to respect the dead. That’s when you first hear the line, “Requiescat in pace”. This phrase translates into English as, “Rest In Peace,” and Ezio uses it to show his respect to those he kills in the process of finding out why his own family was killed.  Every time Ezio kills a key member of the Templars, he has a conversation with them about their motivations and goals, and when the conversation is over, he solemnly says those words so that they may rest in peace.

Mortal Kombat: “Get over here.”

When a pretty or handsome person says, “Hey you, get over here,” most of us probably wouldn’t hesitate to go over and talk to them. On the other hand, when a yellow-masked maniac says, “Get over here,” we would be much more hesitant. It’s too bad that yellow-masked maniac has a spear that comes out of his hand, and he forces you talk to him. (Well, more accurately, he forces you to talk to his fists.) Scorpion is a Mortal Kombat manifestation of what is evil and awesome. He doesn’t say much, but when he does speak, he forces you to confront him because he’s just itching to cut off your head or light you on fire. Other Mortal Kombat characters have their own great battle lines, but Scorpion makes his point very clear in just three words, and that ‘s why his one-liner made this list.

Final Fantasy XIII: “I am Fal’Cie.”

Final Fantasy XIII‘s Barthandelus is one of the most epic antagonists you will see in any game, and he has an equally epic one-liner. As Lightning and the rest of the group finally confront Primarch Dysley, they want to see why he initiated the Purge, the mass extermination of Cocoon civilians that were near the recently discovered fal’Cie. They find out that he has connections to the fal’Cie and that the fal’Cie want to destroy Cocoon. When asked about this, Dysley explains everything in one simple sentence: “I am fal’Cie.” With this sentence, he reveals that he is the leader of the fal’Cie and that he is actually the fal’Cie Barthandelus himself. This is also the moment where you find out that everything that has happened (including the Purge and the six characters gaining their l’Cie powers) was to make the l’Cie destroy Cocoon and resurrect the god of the Fal’Cie. This line was, literally, the turning point of the entire story. Not many lines could do that so well.

The one-liners you’ve seen here bring out their characters’ personalities, and they add something epic to each story that you find them in. If your favorite badass one-liner didn’t make the list, then tell us about it in the comments below!