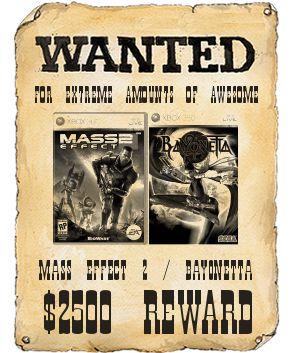 A lot of great games are being released in the next few months. See Dan’s post about “Why I’m Going To Be Poor By Tax Day 2010“. But there’s always some that become a must have pick. Out of the January Releases, we’re most excited about Mass Effect 2 and Bayonetta. 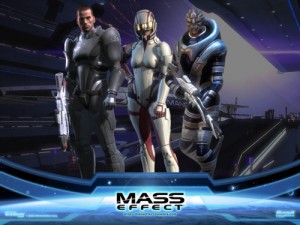 Greg’s Top Pick: Mass Effect 2
Mass Effect exemplified the Western Style RPG. Mass Effect 2 looks ready to continue the tradition of Excellence. As Commander Shepard, you will continue right were the first game left off. That includes all the moral choices you had to make in the first game, if you chose to load your previous save file. Which members of the crew are gone? Did you start a relationship? Did you manage to save the Council? Every choice you made before and will make later will play a part in how characters react to you and what story elements you witness.

Mass Effect’s story falls within the space opera genre and explores themes such as freedom of thought, space colonization, intolerance, vigilantism, and artificial intelligence. The stories man-vs.-machine element, has drawn comparisons to both Fred Saberhagen’s Berserker novels and Battlestar Galactica. According to Casey Hudson, the project director at BioWare, the films Aliens, Blade Runner, Star Wars, and Star Trek II: The Wrath of Khan all served as influences for the game. 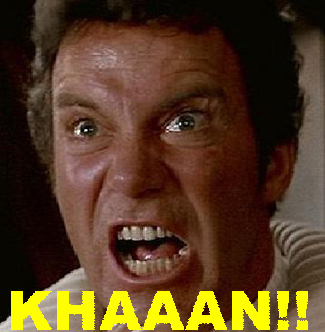 The combat system has been upgraded, with everything from the feel of the combat and the AI being improved, including realistic damage modeling and downed enemies still continuing to crawl and fight. New to the series is a heavy weapons system that will allow you to “kill [somebody] a thousand times” over. The tone of the game is similar to that of the Wild West, featuring warlords and crime gangs.

If you have not played the first game yet. You need to do 3 things:

Dan’s Top Pick: Bayonetta
2010 is shaping up to be a great year for gaming, and it starts off with a bang with Bayonetta. Bayonetta is an action title made by Sega and Hideki Kamiya, director of the original Devil May Cry and follows the witch of the same name. The game does have some qualities reminiscent of the Devil May Cry series, but it’s certainly its own beast. Bayonetta offers a variety of attack combinations, mixing hand to hand combat with guns and Bayonetta’s transformation skills. With all the skills available to the player, finding the right combination of attacks will be key to keeping Bayonetta alive. Graphically, the demo I played looked really good and the pacing seems to be well done. It definitely looks like a game that won’t bore players with repetition or bland scenery. The game also offers five different difficulty levels; so, it should be easy to find the right challenge level for you, no matter how skilled you are. The 360 version received a perfect score from Famitsu upon release in Japan and has been getting pretty stellar reviews in North America, as well. In general, it seems the PS3 version has been beset by some slowdown and loading issues; so, given the option, look to pick this one up on the 360. You can test the game out yourself via the downloadable demos on both systems. Bayonetta received an M rating from the ESRB and is set for a January 5th release in North America,January 7th in Australia and January 8th in Europe.

So what’s your must have for the beginning of 2010?