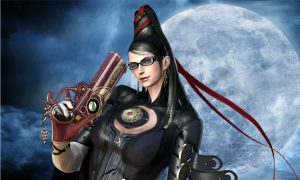 Platinum Games, the developer behind such exercises in absurdity as Bayonetta, Vanquish, and Mad World, have announced that the titular witch of 2010’s Bayonetta will be a playable character to those who preorder their upcoming game, Anarchy Reigns.

Anarchy Reigns is a 3D brawler that has a strong emphasis on online combat. It has drawn a lot of comparisons from the Dreamcast-era PowerStone, but having never played that game, I’m having a difficult time wrapping my head around the gameplay of Anarchy Reigns.

Anarchy Reigns is due out in the US on July 3. Check out the trailer announcing Bayonetta’s appearance below.