Back in the early 2000s, Rockstar had a simple dream: to change the way the world plays video games. Thanks to them, we were given one of the earliest precursors to modern open world games, Grand Theft Auto III. Now, the phrase “open world” doesn’t have a black-and-white definition because the term can refer to games ranging from GTA to Legend of Zelda: Ocarina of Time. When gaming writers and personalities refer to games like Grand Theft Auto, they mutate the phrase with additions like open-world crime game or open-world shooter, or they use the term “GTA clone,” which can have negative connotations. Although GTA did popularize the open world genre, there are other games which took the mold and changed it and these are just a few of those games that did just that.

Originally titled True Crime: Hong Kong before Square Enix took over, Sleeping Dogs is the spiritual successor and reboot to the True Crime series. In the first True Crime games, you played in major cities like Los Angeles and New York City, but Sleeping Dogs took us from the United States and threw us into the middle of Chinese culture. You play as Wei Shen, an undercover police officer who is tasked with infiltrating the Chinese Triad known as the Sun On Yee, and help the police dismantle it from the inside out.

The biggest thing that makes Sleeping Dogs more than just another Grand Theft Auto clone, though, is that gun combat is severely downplayed. While there are some missions where you are caught in a gunfight, a lot of the time, you are trading blows with mobs of enemies in hand-to-hand combat like you are in a Bruce Lee movie. Besides your standard kicks and punches, you are given a number of ways to finish off your enemies including counters and disarms, brutal  environmental kills and a variety of melee weapons that are fairly easy to obtain.

Sleeping Dogs also provides us with a well written out story where the lines of good and evil are blurred. In most GTA-esque open world games, you are part of a gang who think they are the good guys and everyone else is the enemy. In Sleeping Dogs, even though there are rival gangs and the police to contend with, it is sometimes hard to discern whether a character can be classified as good or evil. Tradition and spiritualism mix well into the mentality of the leaders of the Triads, as even though they are technically breaking the law, they are still trying to achieve a sense of balance and harmony. As Wei gets deeper into his undercover assignment many themes are explored including loyalty, friendship, and betrayal making it more than your average go-here-and-blow-this-up story. 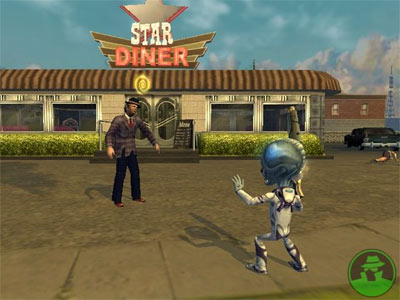 The game starts off when you, as Crypto, arrive in a farm town and try to communicate with a cow, thinking it to be Earth’s dominant life form. It doesn’t take too long for your presence to be known, though, when you start your path of destruction. While your handler/boss wants you to start harvesting brain stems immediately, Crypto is more interested in finding his predecessor Cryptosporidium-136 who was captured by the Majestic; a Men-in-Black-type organization who covers up the fact that aliens exist. 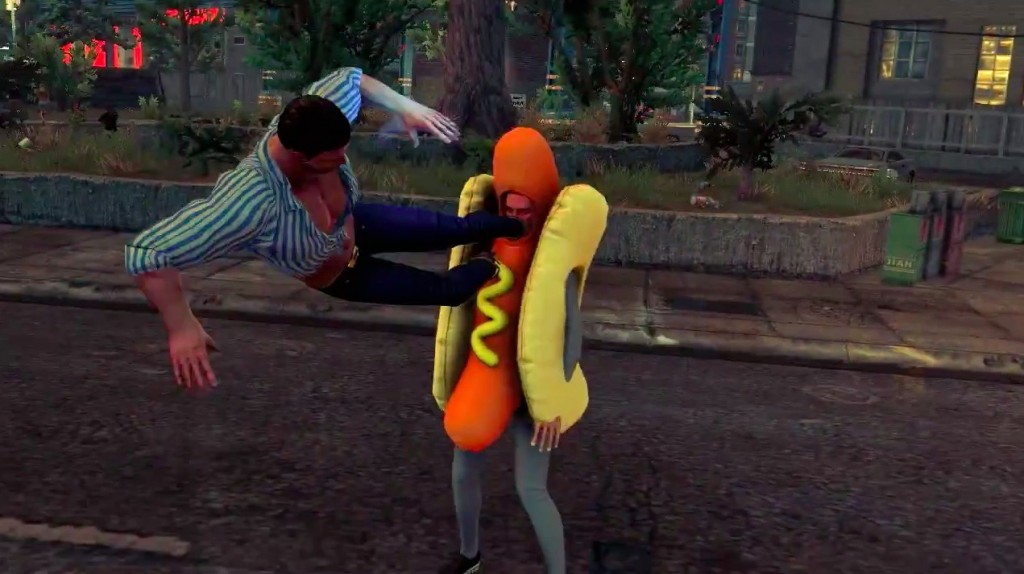 It’s like Grand Theft Auto but with more over-the-top, cartoony, destructively fun action. Saints Row spans four games, each getting more insane then the last. In just four games, you go from a silent protagonist lackey, to leader of the Saints, to international superstar and eventually to President of the United States and savior of the human race. The first thing that gives Saints Row its prestige is the mass character customization. The first game only allowed you to create a male character, but with the later installments, you customize both genders with crazy hairstyles, gaudy clothes, obnoxious taunts and even change their voice so they sound like a zombie.

The missions in the Saints Row series are fun and range from your standard drive-and-shoot to razing a pot farm. No two missions are really the same, and there is enough variety in each one to keep you satiated. On the other hand, there are plenty of side missions that are just crazy, stupid fun. You do have your standards like insurance fraud and car stealing, but you also have ones where you play a bodyguard for a celebrity, ride an ATV in a flame suit setting things on fire, and even a game show called “Professor Genki’s Super Ethical Reality Climax,” which has you shooting other people dressed as animals in order to get enough points to make it to the next part of the stage.

In the end, Saints Row is less of a game and more of a playground to create unadulterated havoc and destruction. Through ridiculous weapons such as the foam finger pimp slap which sends people skyrocketing and the exploding octopus launcher, there is no way you can ever get bored with comically destroying everything in your path. I wonder if this is how the Joker feels everyday. 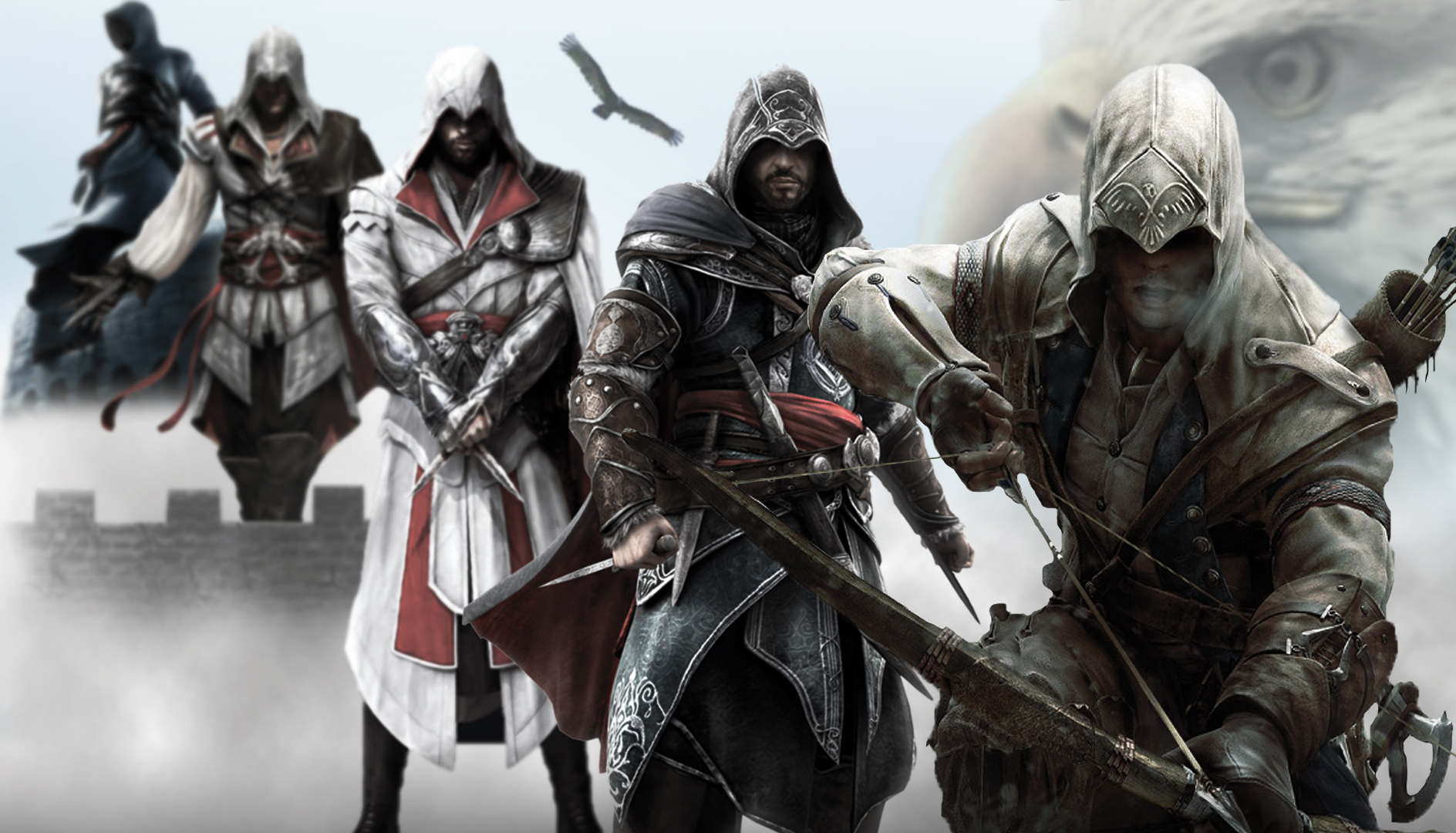 Teaching more people about history than your old professor, Assassin’s Creed takes you on a journey through out many different time periods to climb walls and assassinate historical figures. In Assassin’s Creed, we follow the protagonist Desmond Miles as he is forced to enter his ancestors memories through a machine known as the Animus, so he can find a way to prevent the world from ending. Despite how crazy the overall story arc sounds, it was the historical high we got from this game that made us want to traverse histories greatest cities and save the world one Templar at a time.

Each Assassin’s Creed installment brought us to a different time and place starting with the time of the Third Crusade, through the Renaissance and all the way to the Colonial Era. Each game brought new mechanics, new weapons and old faces that we used to see in our textbooks at school. Or if you were a normal student, you probably don’t remember them because you fell asleep during the lecture. What makes Assassin’s Creed great is the lengths they took to make everything remain truly authentic. No matter what time period you were thrown into, you truly felt as if you were a part of history. The music, the sights, the sounds, the people, everything was perfected down to the tiniest details. I know in historical games, this should be a given, but Ubisoft has made a good number of games over the past few years, and to reach that level of detail takes a lot of time and energy.

It’s not the gameplay itself that makes this a great series, it’s more the fun you get by immersing yourself in history and meeting people like Leonardo Da Vinci and the Founding Fathers. Also to give the game added dimension, if you go and look at the in-game dates of when you assassinate certain historical baddies, you find out that they correspond to the same date of when they died in real life. That’s the level of detail that makes Assassin’s Creed what it is.

When it comes to open-world games like these, the gameplay mechanics are sometimes eerily similar. but despite the similarities, they each bring a new idea to the table, and that’s what separates them. What are your non-Grand Theft Auto open-world games? Let us know below or risk a five star wanted level, and we will come for you.