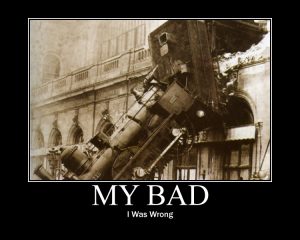 Dr. Ray Muzyka, co-founder of BioWare, wrote an open letter to the players of Mass Effect 3 on the Bioware Blog. He addresses some of the concerns over the outrage that the players have voiced over the ending.

As co-founder and GM of BioWare, I’m very proud of the ME3 team; I personally believe Mass Effect 3 is the best work we’ve yet created. So, it’s incredibly painful to receive feedback from our core fans that the game’s endings were not up to their expectations. Our first instinct is to defend our work and point to the high ratings offered by critics – but out of respect to our fans, we need to accept the criticism and feedback with humility.

Well at least after angering the fans enough to get reported to the FTC for “False Advertising”, they can admit that their ending was not as good as they thought.

Building on their research, Exec Producer Casey Hudson and the team are hard at work on a number of game content initiatives that will help answer the questions, providing more clarity for those seeking further closure to their journey. You’ll hear more on this in April. We’re working hard to maintain the right balance between the artistic integrity of the original story while addressing the fan feedback we’ve received. This is in addition to our existing plan to continue providing new Mass Effect content and new full games, so rest assured that your journey in the Mass Effect universe can, and will, continue.

So it looks like we will get an alternate ending through DLC, or at least some extra scenes to give a better explanation of what happened sometime in April.  But what I was looking for was not a retcon of the game.  I would rather have had Bioware just come out and say “Indoctrination Theory is correct”, or “We couldn’t think of alternate endings.  Didn’t think you would care.  Our bad.”

Honestly for me the enjoyment of finishing the trilogy is already lost.  No amount of post game DLC will bring it back.    How about you?  If you’re one of the many angry gamers, will a DLC patch fix the game for you?