The Electronic Entertainment Design and Research Company (EEDAR) performed a small experiment to determine the effect if any that review sites (like ours) have on the public’s perception of the game being reviewed. The short answer is “the relationship between video game sales and professional review scores are not correlative but causal.”

They also found that “Critic reviews are especially important because of the uni-directional relationship between review scores and word of mouth. Critic reviews can amplify or reduce the viral spread of word-of-mouth marketing, but word of mouth does not usually influence critic reviews.” 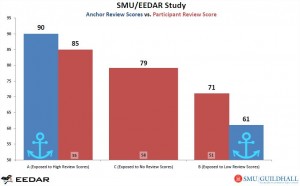 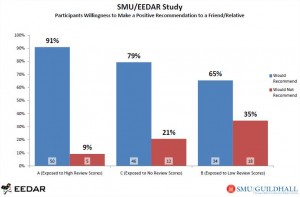 This is not surprising in the least. This has been documented many times by psychologists. Given an argument from authority your average person will replicate the authorities position. Even without an authority your average person wants to follow the crowd so they will still follow the majority position. Marketing companies use this tactic on a regular basis especially for games and movies. Ever noticed how every trailer says this is the “Best Movie/Game of the Year!”? That’s this principle in action. They are trying to influence your opinion of the game/movie by what the authority (the critics) say about the game/movie.

I’ve got a much better system for determining how well a game will be.
1: Ask us. We’re critics and we’re not influenced by the masses. EEDAR said so, so you know it’s true 😀

2: Look at the shelves of Game Stop 3 days after the game releases. If it’s filled with used copies of that game it is probably a bad game.