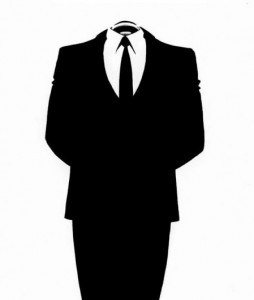 The Battle.Net forums got a warning update this morning. Sometime between today and the release of Star Craft 2 (July 27) blizzard is cutting of your ability to play and post anonymously. Using their RealID system your full first and last name as well as your main WoW character name will be displayed with every post you make. This is touted as an attempt to calm flame wars as well as to increase the social aspect of Battle.Net. When Blizzard first announced the Real ID system only friends could see your real name.

Recently, we introduced our new Real ID feature – http://www.battle.net/realid/ , a new way to stay connected with your friends on the new Battle.net. Today, we wanted to give you a heads up about our plans for Real ID on our official forums, discuss the design philosophy behind the changes we’re making, and give you a first look at some of the new features we’re adding to the forums to help improve the quality of conversations and make the forums an even more enjoyable place for players to visit.

The first and most significant change is that in the near future, anyone posting or replying to a post on official Blizzard forums will be doing so using their Real ID — that is, their real-life first and last name — with the option to also display the name of their primary in-game character alongside it. These changes will go into effect on all StarCraft II forums with the launch of the new community site prior to the July 27 release of the game, with the World of Warcraft site and forums following suit near the launch of Cataclysm. Certain classic forums, including the classic Battle.net forums, will remain unchanged.

The official forums have always been a great place to discuss the latest info on our games, offer ideas and suggestions, and share experiences with other players — however, the forums have also earned a reputation as a place where flame wars, trolling, and other unpleasantness run wild. Removing the veil of anonymity typical to online dialogue will contribute to a more positive forum environment, promote constructive conversations, and connect the Blizzard community in ways they haven’t been connected before. With this change, you’ll see blue posters (i.e. Blizzard employees) posting by their real first and last names on our forums as well.

You know that list of things every responsible parent is supposed to teach their children to never do on the internet? One of those things is to tell someone your real name. With a real first and last name you can find SS#’s, home phone, address, DL#, banking information, credit reports, etc..
Just imagine all the exploits that scammers and 4CHAN trolls can do.

Then even if you make it past the trolls and scammers all the girls that play these games will be hounded with sexual requests. There is a good reason why female gamers tend to keep chat and voice turned off.

I see more harm than good coming out of this. What are your thoughts?

Over at the official forums the first employee of Blizzard to give his real Name in a post was Micah Whipple. Just to show what folks can find out about you WoWRiot looked up some info on Micah.  They have his home address with google street view, his family members names and ages, his facebook account,  even what he paid for his house.   Welcome to Real ID.