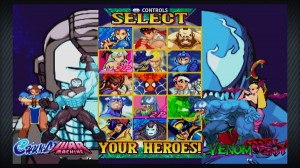 Capcom has announced that in September, it will be releasing Marvel Vs. Capcom Origins on Xbox Live and the Playstation Network.

Origins is a combo pack that contains two critically acclaimed fighting games from the 90’s, Marvel Super Heroes and Marvel Vs. Capcom. The pack will cost $14.99 or 1200 Microsoft Points. The updated versions of these 90’s classics will feature online play, 8 player lobbies and spectator modes.

No solid release date has been announced other than the time frame of the month of September. Keep it locked right here for updates and information. Meanwhile, you can take a look at the official trailer below.