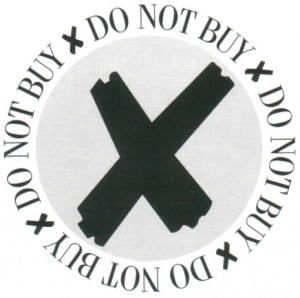 Saw this coming a mile away. Monday we reported how Capcom’s Resident Evil: The Mercenaries 3D contains a “feature” where only one save file can exist on the cartridge and you cannot reset that save file. We and others speculated that it was to kill the used market for the game. A Capcom spokesman talking to Kotaku denied this saying:

“The nature of the game invites high levels of replayability in order to improve mission scores. In addition, this feature does not remove any content available for users. Second-hand game sales were not a factor in this development decision, so we hope that all our consumers will be able to enjoy the entirety of the survival-action experiences that the game does offer.”

Well even if it wasn’t their intention it is the result. UK retailer HMV has said they would not accept trades of Resident Evil: The Mercenaries 3D. EB Games Australia has also pulled trade copies from the shelves, and EB Games US was under the same policy but reversed their decision last night after a “talk” with Capcom.

To top it all off, the game has a received an Amazon Bomb. The reviews on Amazon at publishing was at 67 1-star reviews out of 82.

People are not happy with this situation. And I don’t blame them. If we do not protest this kind of crap now it’s just going to get worse. Think long term folks. When Horse Armor came out, everyone complained but you still bought it. Now we have expensive DLC for stuff that used to be free. We complained about EA’s Project $10, but we paid it anyway. Now every publisher is adding an “online pass” to their games.

Mark my words folks. The game publishers have been looking for a way to kill the used market. This is going to help that movement. If you buy this game. Then every game that comes out from this point on will have this “feature” added.

Don’t let that happen. DO NOT BUY THIS GAME!!