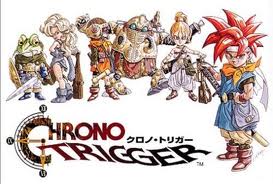 Wow! This is an old story resurfacing. Back in May 2009 we reported that a fan made sequel to Chrono Trigger called Chrono Trigger: Crimson Echoes was soon to be released. At the time Square Enix sent in the lawyers and stopped it. They cited the normal Bull (Violation of Copyright, Unauthorized use of Intellectual Property, etc..). The makers of the game complied and the game was thought to be lost forever. Well that is until yesterday.

Reddit user buu700 has posted what he claims is a final build of Crimson Echoes. He has also released posted a “forked” version of Crimson Echoes from the group “Ruby Dragoons” called Chrono Trigger: Flames of Eternity which is supposed to have a substantially different storyline.

If you are interested in either of these I suggest you get it while you can. Not that it’s gonna be hard to find now. I’m pretty sure every torrent site and cyber locker has 20 copies of them already by now.