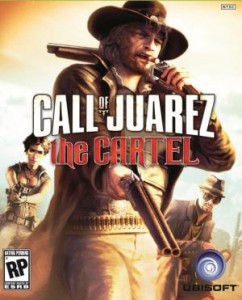 The video game series Call of Juarez is set in the real life Mexican town of Juarez.   Located directly across the border from El Paso, Texas, Juarez saw 6000 drug related murders in 2009 and 2010.   It is like much of Mexico, riddled with drug gangs and all the high crime and murder that comes with it.  So of course the best thing that the politicians should be doing right now to stop the escalating crime rate is to ban a game that, in their minds, glorifies the real life violence the city sees everyday.

“It is true there is a serious crime situation, which we are not trying to hide,” Boone Salmon said. “But we also should not expose children to this kind of scenarios so that they are going to grow up with this kind of image and lack of values.”  (Editors Note: He is a congressman for Chihuahua state)

“Children wind up being easily involved in criminal acts over time, because among other things, during their childhood not enough care has been taken about what they see on television and playing video games,” Serrano  said. “They believe so much blood and death is normal.”  (Editors Note: He is State congress leader)

Ya, cause the children are not going to fall into gang life as long as they are not exposed to this video game.  Just like no one in Los Angeles would have joined a gang if they could have banned Saints Row or Grand Theft Auto.  I wish politicians would realize that games, movies, comics, and music, etc..do not cause children or adults to do bad things.   If it were so simple then we could have Utopia tomorrow.