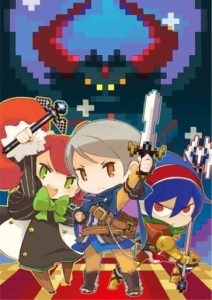 NIS America announced that Cladun X2, their first offering on Steam, is available today. The sequel to Cladun: This Is An RPG! was originally released last year on the PSP. (Click here for our review from that version.) The PC version is a direct port of the PSP title featuring all the same random, dungeon-crawling goodness.

We’ve asked NIS America if this is a sign of things to come and are awaiting a response.

Update: 08/15/12: In response to our inquiry about NIS America’s future on Steam, Ryan Phillips told us, “We’re definitely stoked to have one of our titles on Steam.  Now that we know the process, hopefully this is something we can continue to do.  I don’t have any specifics on a particular title just yet, but hopefully in the near future we’ll have an announcement.”

What do you think of their move into the PC market? Let us know in the comments!