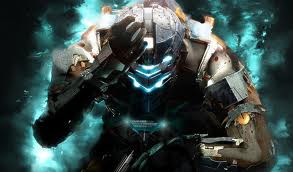 Earlier today, IGN reported that Dead Space 3, the next game in the critically-acclaimed survival horror series, will have drop-in, drop-out co-op. This means that you and a friend can cry in shame together!

The second player will control an unkwown man with a scar and glowing red eyes, who will serve as Isaac’s guide throughout the game. Together, they will use abilities such as telekinesis to manipulate the environment, and will be able to share ammo and heal each other.

Isaac has also learned a few new moves. He can now crouch, take cover, and evasively dodge from danger. Not only will you be fighting Necromophs but for the first time ever, Isaac will be going up against other humans.

So are you ready to take on Necromorphs and humans with your buddy? Comment below.