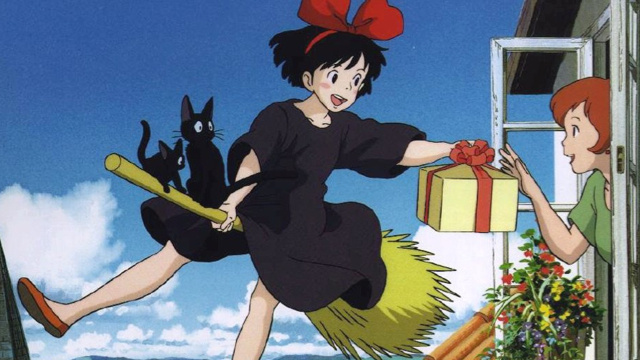 Who doesn’t love a good coming of age story? They’re easy to relate to because most if not all of us have gone through the same types of situations that the characters have. We root for them and hope that they get through the story with a positive outlook and the ability to live happily ever after.  Kiki’s Delivery Service is one such story. Miyazaki gave us the animated version that many have come to know and love. Now, a separate live action film is being made, which is based on Eiko Kadono’s original novel published back in 1985.

For those who don’t know the story, Kiki’s Delivery Service centers around a thirteen-year-old witch who lives with her mother, who is also a witch, and her father, who is not. At thirteen, all witches have to go out on a sort of pilgrimage to find a town with no witches and stay there for a year as a rite of passage. During her pilgrimage, Kiki is accompanied by her cat Jiji. There are five sequel novels in as well so maybe we could look forward to a couple sequel movies although that’s just a hope of ours.

Just in case you were wondering, Studio Ghibli is not involved in the film and has made it a point to inform people of this. Kiki’s Delivery Service is being directed by Takashi Shimizu, who is famous for directing the Ju-on movies as well as the American versions of the Grudge. The release date is not too far off, as the movie is due in Japan in March 2014. Until then, here is a teaser trailer that was recently released to the public.