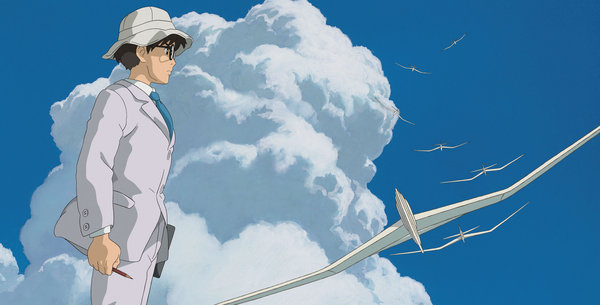 There is good news and bad news when it comes to Miyazaki’s newest film The Wind Rises. The good news is that the dubbed version, which is being done by Disney, will be in America in February of next year. This is because they want the film to be in the running for the upcoming Oscars. (Miyazaki happens to have a bit of a track record in the Oscars, as Spirited Away won an Academy Award for Best Animated Film in 2003.) The bad news is that Miyazaki has stated this will be his last film.

That’s right: The Wind Rises will be Hayao Miyazaki’s last film ever. However, the film promises to be one to rest his laurels on. The Wind Rises is based on a manga of the same name, which in turn is based on a short story written by Tatsuo Hori, a writer, poet, and translator from the mid-20th century (or Showa period Japan). The Wind Rises is a fictionalized biography of Jiro Horikoshi, the designer of the Mitsubishi A5M and its successor, the Mitsubishi A6M Zero. These were both fighter aircraft used in World War II by the Empire of Japan.

Already this contains Miyazaki’s stamp, not because it’s a Ghibli film but because it contains one of his signature elements: flight. Most, if not all, of his movies have a flight sequence or involve flying in some way; Princess Mononoke is one of the exceptions. Although there is a definitive release coming for The Wind Rises, there is no indication on which English voice actors will dub this film.

It is sad to know that this is Miyazaki’s last film. For the past several decades, he has given us some of the most beloved movies to come out of Japan. But maybe it’s not all lost: his son his making films as well, so we can still enjoy Miyazaki films, just in a different light.