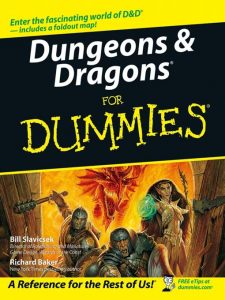 The 7th Circuit Court of Appeals has rendered it’s verdict in a first amendment case brought by Kevin T. Singer, an Inmate in Wisconsin.

In a December 6, 2004 letter to Singer,
Muraski informed Singer that “inmates are not allowed to
engage in or possess written material that details rules,
codes, dogma of games/activities such as ‘Dungeons and
Dragons’ because it promotes fantasy role playing, competitive
hostility, violence, addictive escape behaviors, and
possible gambling.” This prohibition was later reiterated
in a daily bulletin that was posted throughout the
prison. It was also incorporated into a broader policy
prohibiting inmates from engaging in all types of fantasy
games.

Despite the expert testimony of plaintiffs witnesses (15 in total including Paul Cardwell, chair and archivist of the Committee for the Advancement of Role-Playing Games, an “international network of researchers into all aspects of role-playing games.” ) the court sided with the prison based on the testimony of on man. Captain Bruce Muraski, Waupun’s Disruptive Group Coordinator and Security Supervisor. He is also a member of the Midwest Gang Investigators Association and the Great Lakes International Gang Investigators Coalition.

fantasy role-playing games like D&D have “been found to
promote competitive hostility, violence, and addictive escape behavior, which can compromise not only the inmate’s rehabilitation and effects of positive programming, but endanger the public and jeopardize the safety and security of the institution.”

Some other choice arguments of Captain Muruski include:

Under these arguments all team sports should be banned as they all require a leader. Football has the Quarterback, Basket ball has the Point Guard. What a stupid fucking argument. I think the prison officials simply had no idea what an RPG entails. But Risk, Really? Its about fucking war and that’s more appropriate for prisoners. I love government logic.

The full opinion can be found here.