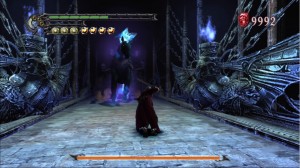 Capcom has confirmed the release date for their upcoming Devil May Cry HD Collection. Fans of the action genre can pick up Dante’s first three adventures on both PlayStation 3 and Xbox 360 starting April 3, 2012. The collection will be available in both North America and Europe and will be priced at $39.99 in the United States. The collection offers upgraded graphics to the first three Devil May Cry games plus bonus content and trophy/achievement support.

Starting with the release of the original Devil May Cry in 2001, the series has sold more than 10 million units worldwide. While Capcom developed the first four games themselves, Ninja Theory, creators of Heavenly Sword, are currently working on the fifth Devil May Cry title due out sometime in 2012.