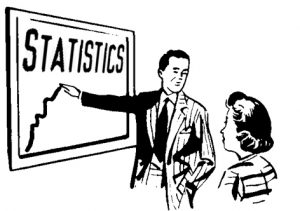 Jesse Divnich of Electronic Entertainment Design and Research has done some analysis on gender in games for IndustryGamers. Specifically whether the use of female playable character has an impact on actual sales. The short answer is no. The long answer is it’s hard to tell.  What we can tell is that there is no difference in quality of the game based on the gender of the playable character.

So how does all this affect actual sale numbers? Well according to Jesse Divnich to many outliers makes determination of gender effect difficult and other factors like name recognition, marketing and development budgets make more of a difference then gender will.

Sales, unlike reviews, do not have an arbitrarily restricted range of 0 to 100; this makes them harder to quantify. The colossal disparity in video game sales cloud statistical analysis due to the quantity of outliers. Games such as Mario, Madden, FIFA, and Call of Duty are your top ten sellers every year; yet their exclusion of female playable characters has little bearing on their success. Mario’s success (Galaxy 1 & 2) is due to its gameplay and iconic status, Madden and FIFA are officially licensed products of iconic sporting events, and the Call of Duty series is based on historical and modern day wars (even if fictional), where women are restricted from fighting on the front lines.

In terms of gender equality, the factors that drive sales are based more on brand licensing, marketing budgets, development budget and a thousand other factors that have little to do with the gender of playable avatars.

But all the statistical research in the world is no match for anecdotal evidence. Has the gender of the playable character ever caused you to change your purchasing decision?