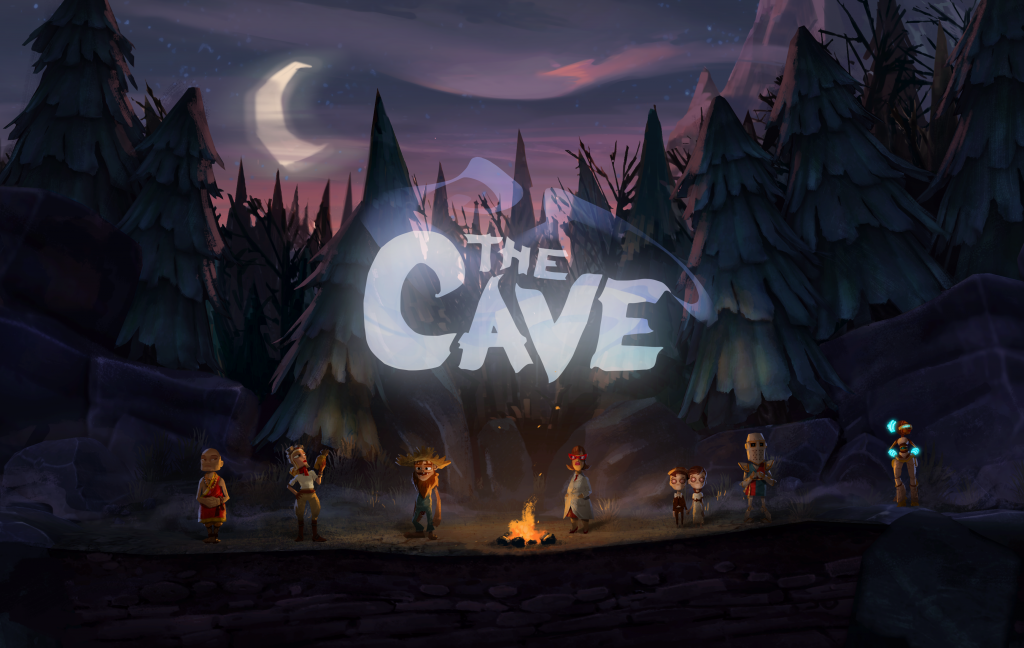 If you are a true fan of old school adventure games, then you must know who Ron Gilbert. He is the man behind such classics like Maniac Mansion, The Secret of Monkey Island, and Monkey Island 2: LeChuck’s Revenge. Now, Ron Gilbert is teaming up with Tim Schafer and the fine folks at Double Fine, to bring you The Cave.

Published by Sega, The Cave looks to be a cross between a platformer and a puzzler-adventure. Throughout the game, you’ll control a group of three of seven unique characters, including a monk, scientist, hillbilly, knight, time traveller, the twins, and an adventurer. Players will solve puzzles, leap gaps, and defeat monsters, and you’ll be able to switch between your 3 characters at will, with each one having their own unique ability (the hillbilly for example, can hold his breath indefinitely). This is reminiscent of Maniac Mansion, where you also had to choose different characters at the beginning of the game. With certain areas being accessible to only 1 character, it looks like there will be plenty of replay value.

The Cave will be released on PC (through various downloadable services), Xbox 360 (Xbox Live Arcade) and PS3 (PlayStation Network) some time in 2013. While you wait, be sure to check out the announcement trailer above, and take a peek at some screenshots below.