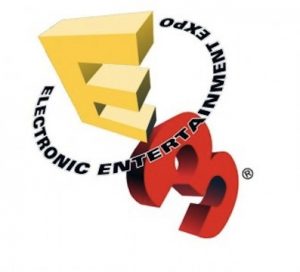 They aren’t one of the big three, but Electronic Arts has once again proved that they don’t need to be. This year saw a few behind-the-scenes looks at games in development, as well as in-depth previews of soon-to-be-released games.

Commitment To Put Our Players First

The conference started off with an in-depth and behind-the-scenes look at the upcoming Star Wars Battlefront game. DICE has made it a point to return to the roots of what made the Star Wars franchise so popular, so they can create an authentic world and game play experience. Their office was littered with Star Wars merchandise, and they have gone around the world to visit the actual movie locations, so they can bring the real places into the game. The ice planet Hoth and forest moon of Endor were revealed as playable maps. We also saw Stormtroopers, Rebel Alliance soldiers, AT-ST’s and Speeder Bikes in the game footage, which shows that the people over at DICE are committed to giving us an authentic Star Wars game.

As was expected, Dragon Age Inquisition made another grand entrance into the EA conference. Last year, we were only teased with the “Fires Above” trailer, which showcased what we could expect from Inquisition, as well as confirming the return of characters Varric Tethras, Cassandra Pentaghast and Morrigan. This year, Dragon Age took center stage, and it started off with a lady and her cello as she started playing along to a preview of the different landscapes we will see in the upcoming game.

Aaron Flynn, the general studio manager at BioWare took the stage and gave us an exclusive game play footage of how souped-up the battle system has become. We were given a preview of the two different styles of combat that is utilized in Inquisition. The first, the “action combat system,” has you seamlessly switching controls over different members of your party and controlling the battlefield. The other is “tactical camera” which allows you pause the game and give orders to your party to take advantage certain situations. After the gameplay footage, we were given a quick look at some of the newer party members; Blackwall the Grey Warden, Sera the Elf, Iron Bull the Qunari and Vivienne the Orlesian Mage.

Though not much was known or revealed on the new Mass Effect game, we do know that we will be able to visit new planets and that according to BioWare that the series will be taken in a new direction that “only the new generation of consoles can offer.”

Next up was Rachel Franklin, executive producer of The Sims 4, who wanted to show us that now we can deeply control the Sims with the new personality generator. This is designed to push the limits of how our Sims interact with each other, including changes to their day-to-day activities. To prove the depth of this new system, Rachel introduced us to a character called Chuck, the hothead. We first see him in the gym angrily working out which was a result of him trying to read poetry to his neighbor, Gladys, and she rejects him. To make himself feel better, he throws a party and things look to be picking up when Gladys shows up and kills the parties mood. To get things back on track, a character named Princess is added to the party from a database where other players can share created Sims and houses and can be dropped right into the game. Unfortunately, it still doesn’t quite pan out for Chuck. The Sims 4 is set to be released on September 7.

The Sports Round Up

It just wouldn’t be an EA conference without the inclusion of which sports games we expect to see this year.

The biggest selling point of this year’s entry into the UFC franchise is the ability to play as martial arts legend Bruce Lee. We were shown a match up between Bruce Lee and BJ Penn in round 5 of a championship bout. After escaping from a submission attempt from BJ Penn, Bruce Lee jumps off the fence and lands a sharp kick on Penn and finally finishes him with a side kick straight to the head. Prepare to kick butt as Bruce Lee, when the game is released on June 17.

For NHL 15, EA emphasized what bringing the franchise to the Xbox One and PS4 did to improve the game. Players are now presented more realistically thanks to a new modeling system and physics have been improved for the puck as well as the players themselves. NHL 15 is set for Fall 2014.

A new racing game from Criterion is taking on extreme sports in a new and fun way. In the teaser for a new, unnamed, first-person racing IP, we are able to see many vehicles that we will be able to race and use including, Planes, boats, ATVs, parachutes, helicopters and jet skis. Besides the many routes this IP can take, not much more information was revealed.

The presentation started out normal enough, You have a golfer on the green lining up his shot, and then, all of a sudden, a battleship rushes out on to the green. This is EA’s “Golf Without Limits.” The main attraction to the new PGA Tour is the face that not only do you get to play on the most famous golf courses, but there are now fantasy courses which will have you teeing off in places where it’s not so weird to have to put next to a battleship. Look to take golfing to the extreme in Spring 2015.

From football to real football FIFA 15 is boasting a new emotion intelligence system which gives players a more realistic personality in context to the game. As with the other sports games of this year, better player representation and ball physics makes this game seem better than its predecessors.

This year, EA also made sure that MOBA players got their turn in the spotlight with their trailer for Dawngate. EA is in the midst of creating this new MOBA where characters choose from different characters and battle with your friends on different maps. One of the cool things about Dawngate is that every character and every map are a part of an individual story arc that players take part in.

With the behind the scenes look at Mirrors Edge to we are greeted with a revamped and newly designed Faith as well as prototype stages that give us a preview of what Mirror’s Edge 2 will become. Continuing from the first, the parkour aspect looks like it will be more elegant and seamless, and there will be even more freedom as to how you traverse the world and fight.

If I wasn’t such a hardcore Dragon Age fan, I would’ve said that they saved the best for last. Battlefield Hardline takes cops and robbers to a whole new level. Adding what we already love about the Battlefield franchise to Grand Theft Auto style environment seems like a pretty risky endeavor, but with their multiplayer preview, there is little room for doubt that Hardline could easily be game of the year. The video gives us a look at a mode called “Heist,” where players take control of either the police or the criminals. The criminals must loot a armored van and make off with the loot while escaping from the entirety of the police force.

After the video EA pulled out one last trick by announcing that the beta was available right at the end of the conference, and PS4 owners could get into the beta from the live menu when your Battlefield icon loaded up. Not a bad way to end.

That brings us to the EA portion of the E3 round up. What was your favorite announcement? How did you feel about the games being released? Let us know in the comments below or your house will end up as one of the holes in the new PGA 15.