Welcome to Day 1 of the E3 news you might have missed! Here at The G.A.M.E.S. Blog, we’ve got our butterfly nets poised and ready at the end of every day to catch information on upcoming games from the swirling chaos that is E3 and put it all in one nice little article for you. Let’s get started!

Square Enix is bringing over more mobile games! Oh, and Type-0.
Surprised? No, you’re probably not. At least by the first part of that heading, anyway. You’re still not getting any dirt on those other upcoming games from Squeenix, but our on-again, off-again source of non-news did announce plans to bring over several titles, including two mobile games and one for current-gen consoles. The jury is still out on exactly when these games will release, but news is news, so here we go.

First up, the odd game out: Final Fantasy Type-0, a PSP entry in the Fabula Nova Crystallis universe that kicked off with Final Fantasy XIII, is headed North America and Europe. It’s getting an HD facelift first, though, and you’ll be able to play it on the PS4 and Xbox One. 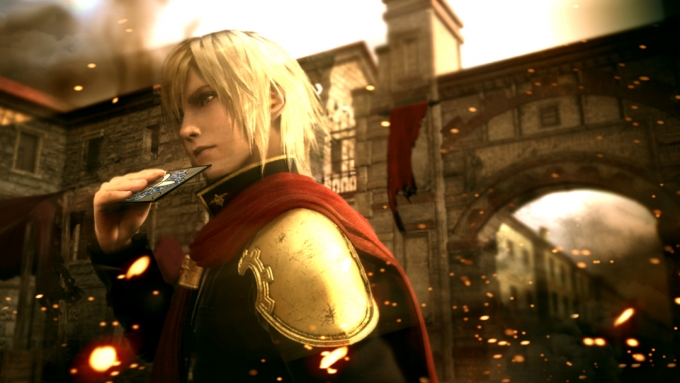 Now for the two mobile games: Final Fantasy Agito and Final Fantasy VII G-Bike are both heading westward on iOS and Android. Agito is a free-to-play RPG set in the same universe as Type-0, while G-Bike is something very different. Apparently, Square decided to rip the G-Bike minigame out of Final Fantasy VII, give it an overhaul, and make it into some kind of endless runner-style smartphone game. You can decide for yourself whether you want to make room on your phone for these when you check out the trailers below.

And in case you’re itching for a good reason to jump back into Final Fantasy XIV: A Realm Reborn (Apart from helping The G.A.M.E.S. Blog form a guild, that is. No, really!), maybe this will be the proverbial straw. It looks like an upcoming patch is going to bring a new character class and job, the Rogue and the Ninja, respectively.

Anyone up for a little monster hunting?
If you’re a Monster Hunter fan, then it sounds like Freedom Wars, an upcoming PS Vita title from Sony, could be up your alley. Freedom Wars takes place in a future in environmental crisis, where your player character is apparently born a prisoner and has to fight giant monsters to earn freedom. You’ll be able to tackle those missions on your own or co-op them with up to 7 friends sometime this year. 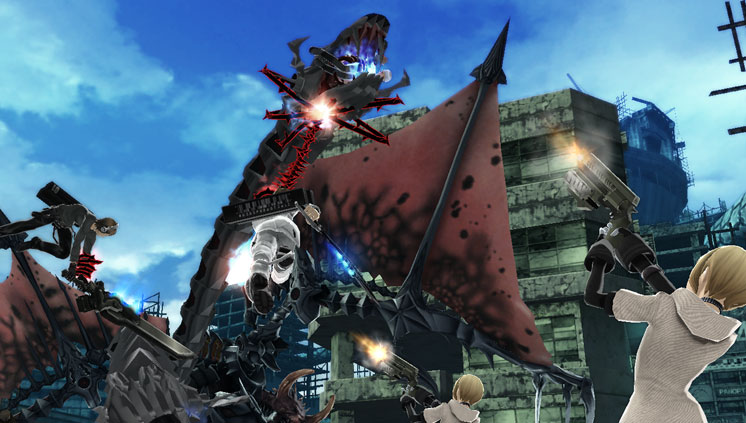 In space, no one can hear you scream…
…Even if you’re crying out in agony because you were forced to play Aliens: Colonial Marines. But Sega is hoping to win you back to the video game arm of this franchise with Alien: Isolation. In Isolation, a first-person, survival-horror game, you play as Ripley’s daughter, who is trying to find out what happened to her mother. You’ll be able to turn the lights off and settle in for some scare time on a full spread of systems–360, Xbox One, PS3, PS4, and PC–on October 7th.

Do a barrel roll (and check out two other new Miyamoto projects)!
If you’ve been missing the Lylat system, your pining will end soon, because Nintendo is bringing Star Fox to the Wii U. The game will take advantage of the extra screen offered by the GamePad in an experience that looks a bit like playing the Metroid game in Nintendoland. This new Star Fox game will also bring a new flight mode to the table, with helicopter missions. Look for it in 2015!

Project Giant Robot is a brand new IP that has you controlling a…well, a giant robot, which you can customize and use to fight an epic, digital sumo battle with another robot. According to Joystiq, you can slot in your bot’s parts pretty much anywhere using the GamePad, and once your sumo match begins, you’ll actually be able to use both the GamePad and the TV for first- and third-person control, respectively.

Finally, Project Guard brings R.O.B. the Robot (or a close facsimile of it) back into action for a tower defense title where your goal is to defend a secret base from little versions of R.O.B. Each type of robot enemy has different ways to take your defenses down, including basic attacks, stealth mode, and more. Neither Project Giant Robot nor Project Guard has an actual release date yet (or, we strongly suspect, a final title), but keep an eye on The G.A.M.E.S. Blog for more information.

And don’t forget to come back every day this week for our E3 news roundup! Today’s Nintendo Direct had a pile of news, too, so check out Dan’s recap here.