The very first Electronic Entertainment Expo was held all the way back in 1995, when the gaming landscape was a vastly different place. The Nintendo 64 was still over a year away, Sony was just unveiling their first foray into video games, and the big company rivalry was between the Big N and Sega (remember the Saturn? Anybody?) Most importantly, though, was the fact that most of the gaming audience got all of their news about the medium from magazines, such as Electronic Gaming Monthly or Nintendo Power. E3, therefore, was intended for the writers and editors of those magazines, who would pass on that information to their readers. Even as the convention grew larger and broadband internet became more accessible, this dynamic never really changed, albeit the print writers finding new jobs on blogs and websites. When Nintendo showed off the first teaser for what would become The Legend of Zelda: Twilight Princess at their 2004 press conference, we had to just take the journalists’ word that the crowd reaction was amazing (although you can now watch it on Youtube and confirm that, yes, it was amazing). However, over the last two conferences, we’ve seen the same people who put on that spectacle moving in a completely different direction.

The opening press conferences at E3 are meant to start the event off with a bang, and I felt that each of the console manufacturers did so quite well this year. Microsoft took a few steps forward, Sony took a few steps back, and Nintendo, as usual, danced to its own tune. I suppose that this is an odd metaphor, since in this case Nintendo didn’t even have a stage, as they chose, for a second year, to forgo a physical press conference in favor of an online “Digital Event.” Now, this seems like a fairly minor difference; after all, the same information gets passed on to viewers; however, making a pre-recorded conference gives Nintendo a few advantages in terms of the level of polish and content. Now, don’t get me wrong; I love watching the live conferences, as the crowd creates a sense of energy and excitement, but this can work against you when things go wrong: For every Twilight Princess reveal, we have a Wii Music demo. In addition to poorly received news, you also have to deal with bad hosts, equipment malfunctions, and Ubisoft making their employees do push ups. Avoiding a live show allowed Nintendo to ensure that their Digital Event was concise, straightforward, and practiced. Rather than watch four people fail at basic jumping skills in Little Big Planet 3, we were able to have developer interviews playing over gameplay footage that actually made me want to play the game. 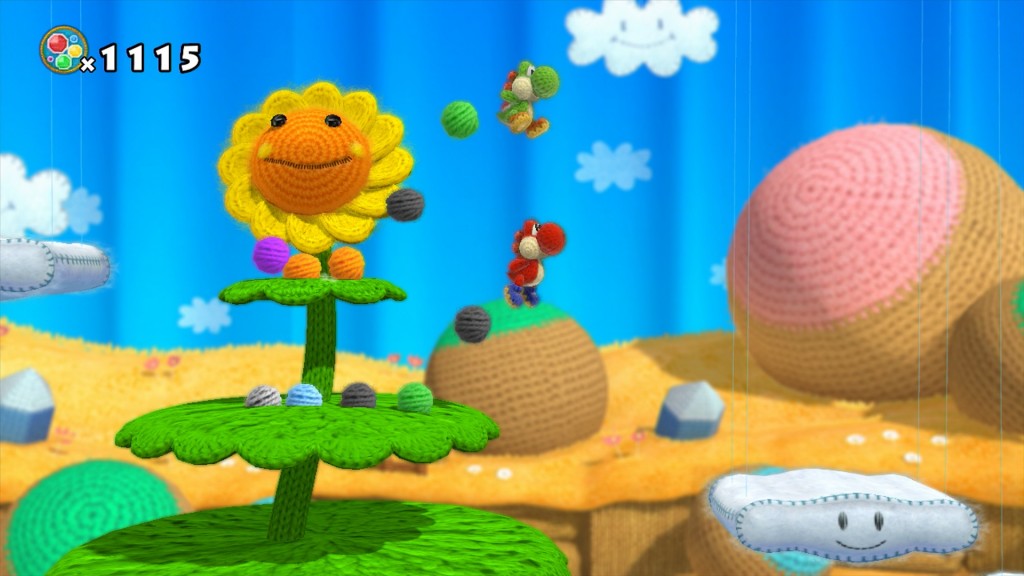 Now, let’s say that you’ve watched all of the press conferences, and scanned Youtube for the new trailers from E3. What else is left for you, as a member of the general public, to do during the conference? Well, you have to wait for the media outlets to get to work, hosting interviews and writing up their thoughts and impressions on the games they’ve gotten their hands on. If you’re really lucky, one of them might post shaky-cam video of a demo unit on the show floor. However, 2014 marked a huge shift in Nintendo’s approach to post-press conference E3, and it all boils down to Treehouse Live. Rather than rely on the media outlets to cover their games, Nintendo cut out the middle man and brought their development teams for lengthy live-streams every afternoon during the convention. This allowed everyone online to get up close and personal looks at Splatoon, Smash Bros., and the rest of their playable demos. For someone on the other side of the country from the Los Angeles Convention Center, it is the closest I could come to actually being at the show. This also meant that I had a much better understanding of their upcoming games and projects, which just makes me more excited for their release, so yeah, mission accomplished, I guess.

In my opinion, all of the changes that Nintendo has made to its E3 showings demonstrate a shift in their marketing focus from the journalists to the general gaming public. Their Digital Event speaks “Directly to You” (thanks, Iwata), rather than a room full of news media, and their Treehouse Live streams lets everyone see raw, uncut footage of their games in action, something that normally only the press has access to. This attention to their audience could also be seen within the Digital Event itself, which featured Mother 3 jokes and a fight scene between their presidents that seemed designed solely to give the internet the gift of awesome gifs.

There’s no doubt that, over the last year or two, Nintendo has had a few issues, such as low sales numbers for Wii U. However, it would seem that they’ve done a bit of soul searching and realized that they still have a very devoted fan base, which is absolutely key to their future. This attitude of connecting with their fans can also be seen in  their handling of Super Smash Bros. during the convention. On the one hand, they invited several well-known players from around the world to participate in a live tournament, with all of the cheering and cosplay that you would expect from such an endeavor. On the other, they allowed people all across the US to get their hands on a demo version of the game. Nintendo remains the only company who I’ve seen make such an effort to reach out to their fans during E3, and the funny thing is, they are the last people I would have expected it from.

I’ve been a Nintendo fan for almost two decades; Ocarina of Time is what really pulled me into the medium in the first place, and I’ve owned every console they’ve released since the Super Nintendo. But even I have to say they are very stubborn and unwilling to change when it comes to technology. When the competition started using CD’s, they responded with “No, we thing people want to pay more for less space” and stayed with cartridges. Bringing up Iwata’s old opinion on the internet is like beating a dead Yoshi, but, well, there it is. When all the of other “Next-Gen” consoles did away with backwards compatibility, Nintendo kept it for the Wii U (hey, not all stubbornness is bad). My point, if I can just remember it, is that Nintendo normally hasn’t led the pack when it comes to embracing technologies that they didn’t create. That’s one of the reasons why its such a pleasant surprise that they are the first to truly understand how to best use the internet to reach their audience at E3. It wasn’t just that they showed off an impressively varied lineup of games, although that certainly didn’t hurt. Rather, it was the more personal feel to their entire presence, which made it seem like they actually care about and listen to their fans. So far, it seems like others have felt the same way as I have, so I will be shocked if more developers and publishers don’t emulate Nintendo in the future. This dialogue and connection is something that really sets gaming apart from other mediums, and I can’t wait to see what comes from it.