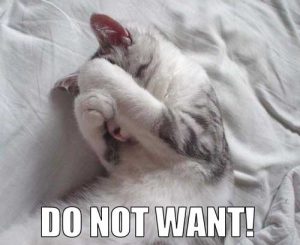 Sony added the “You can’t sue us but we can sue you” clause to their recent update to the Terms of Service. Now it’s EA’s turn. Or should I say that EA did it quietly on August 25th.  Kotaku is reporting that you have the same 30 day clause to opt out as Sony but I can not find such a clause in the TOS.  Just in case you can always send in such a letter but unless you overnight your rejection of the TOS today it looks like they’re gonna get ya. Of course this only applies to the US as the rest of the world apparently has better consumer protection laws.

This provision applies to all consumers to the fullest extent allowable by law, but expressly excludes residents of Quebec, Russia, Switzerland and the Member States of the European Union.  By accepting these terms, you and EA expressly waive the right to a trial by jury or to participate in a class action.

The only exemptions to arbitration are for claims of IP theft and piracy.  So they can sue still you if they think your a pirate or if they think your using their IP.  And to top it off EA is also using the services of the American Arbitration Association, which we pointed out in the story about Sony, is gonna be extremely expensive on your part.

You can thank Scalia and the Supreme Court ruling in AT&T MOBILITY LLC v. CONCEPCION

The dissent claims that class proceedings are necessary to prosecute small-dollar claims that might otherwise slip through the legal system. See post, at 9. But States can-not require a procedure that is inconsistent with the FAA,even if it is desirable for unrelated reasons.

Essentially they admit that it sucks to be the little guy in arbitration but it’s enforceable unless congress changes the law.    Considering that the law was written in 1925 to help in “Maritime Disputes” I really think Congress needs to go over the law again.  Arbitration only works if both parties have equal power which is not the case between you and a corporation like Sony or EA.

As long as this is the law you can expect every company in the US to eventually add the “no sue clause” to their contracts.