(Disclaimer – This article contains some major spoilers from Season 1 of The Walking Dead, but none from Season 2. If you haven’t played the first season, please continue reading at your own risk.) 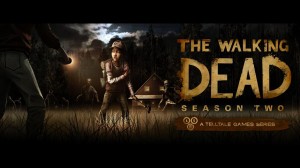 Despite a deluge of pop culture material inspired by Robert Kirkman’s award winning comic book series of the same name, Telltale’s The Walking Dead: Season 1 managed to leave an indelible impression thanks to its excellent writing, gut-wrenching moments of emotion, tough decisions and fleshed out characters that stayed with the players long after the credits rolled. It did have its fair share of problems, but it was a fresh, personal take on the world of The Walking Dead. While Telltale released a bite-sized DLC titled 400 Days to whet the appetite of eagerly waiting players in the interim, it wasn’t quite enough. But now, Telltale is back with the sequel to one of 2012’s best games, kicking things off with All That Remains. Read on to find out how it has evolved, and what lies in store for fans of the series.

The most obvious change in the game comes in the form of a fresh set of eyes to view the grim world from; that of Clementine. Lee Everett had some memorable moments with Clementine, moments where she learnt about the world they inhabit now, and how the biggest threat are not Walkers but the living themselves. While the individual decisions made in Season 1 will decide how Clementine views the world in Season 2, she has come to realize that even though there are plenty of humans trying to scrape by, humanity has all but vanished. She may not be physically strong, but is strong enough to make some tough choices.

This ultimately factors into plenty of gameplay changes: Unlike Lee, Clementine is not all muscle, so head-bashing is not always advisable, even though there’s plenty of that, as well. Clementine is small, sneaky and agile, so stealth and evasion dominates most of the confrontations. Clementine needs to make use of the environment more than blunt tools and that changes the way unfriendly encounters play out.

Season 2 picks off where Season 1 left, with Clementine making her way through the world, in my case, with Omid and Christa. But Telltale doesn’t want you getting too comfortable, and you’re soon separated from them. Flash forward 16 Months, and Clementine is on her own, searching for supplies and food. But things go south (obviously), and Clementine ends up finding shelter with a new group of survivors.

Clementine is a lot tougher this time around. She knows that she needs to take care of herself and there’s no protective guardian watching over her. As always, there are some tough decisions to be made, including ones where you either kill or leave someone, or even sacrifice others for your own safety. Certain moments in All That Remains do a great job of lifting the veil of innocence and helplessness off Clementine, and make the players realize just how determined she is to survive, one such standout scenario being when Clementine has to treat her wound with peroxide and sew it up herself. That scene is extremely difficult to watch, but it’s an indicator of how far the little girl has come, from being afraid of spiders to suturing her painful wounds and pulling the trigger when she has to.

The world of Telltale’s The Walking Dead has changed a lot as well from Season 1. When Lee barely survives the car wreck at the beginning of Season 1, the world is still trying to come to terms with the fact that there are dead people walking around, eating any living thing they can get their hands on. The sheer horror of it all had only begun to seep in, but that has changed in Season 2. After nearly 2 years of watching the Walkers lay waste to the world, the remnants of the once prosperous world contain few humans. Those who remain have made peace with the presence of the dead, and humanity is rotting away much like the skin off the Walkers’ bodies. Now, trust is as scarce as ammo or food. People are reluctant to let others in, regardless of how desperate they may be for help, which is perfectly reflected in the apprehension of the survivors to take in a hurt, hungry Clementine. It makes for a formidable setting for a little girl to try and survive in, and the prospect of watching Clementine make her way through this decadent habitat has me excited for future episodes.

Telltale has introduced a lot of changes to the gameplay and the interface. On the PC version, selecting highlighted objects now opens up a wheel of contextual actions which can be directly selected using the mouse, instead of having to scroll down the options using the number keys as in Season 1. Same applies to selecting the dialogue choices; you no longer need to use the number keys for that. Gone are the flow-breaking moments of gameplay from Season 1 where you had to stop and shoot walkers and perform other similar actions. Everything the players do in Season 2 is tied into interactive Quick Time Events (QTEs), something which Telltale incorporated in the first episode of The Wolf Among Us, and as a result, every encounter feels dynamic and a lot more fluid.

The choices from Season 1 can be carried over to Season 2, but All That Remains only had a few subtle moments of introspection, such as one where Clementine looks at Lee’s photo and reminisces about the things he taught her before dying in what has to be one of the most emotional scenes in the entire season. I made Lee instruct Clementine to go find Omid and Christa after she escapes, and that’s where my playthrough picked up. I imagine that telling her to go find a new group might result in a different beginning to the episode. I’m still not sure as to how the choices made in 400 Days will affect Season 2, since the DLC had no crossover with any of the characters with Season 1’s main story. Perhaps Clementine comes across some of the members who decided to leave with Tavia at the end of 400 Days to the camp.

All That Remains sports excellent presentation, right from its dynamic, excellently animated menu to some much improved textures and character models. It looks a lot better and a lot more polished than Season 1. The soundtrack in All That Remains is amazing, as was the case with every episode in Season 1. Subtle, beautiful guitar strumming permeates moments of meaningful character interaction, and the music ratchets up the tempo when being attacked or faced with a threatening situation.

All in all, Season 2 is off to a great start with All That Remains. It could be argued that Telltale treads a lot of familiar ground in terms of they way it handles plot progression and structures QTEs, but more of something great is never a bad thing. The episode is just as long as any other previously released episode, clocking in at just under 2 hours, but its inherent replayability makes up for its short length. It contains more of the same, tough decision making, sports better visuals and a revamped system of QTEs and interacting with the world. The wait for Episode 2, A House Divided, is going to be a long one. Look out for another feature as the story progresses, and a full review once all the episodes are released.