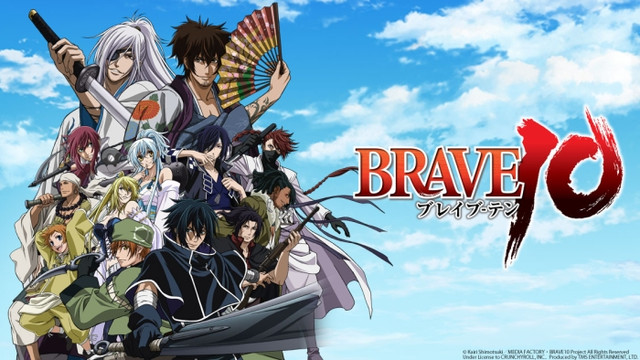 Originally serialized in Comic Flapper and adapted into an anime, Brave 10 is a bit of a historical fiction based on the Sanada Ten Braves, a legendary group of ninja from the Sengoku (aka Warring States) period of Japan. With the flood of ninja anime that has come along in recent years, does Brave 10 have enough to separate itself from the pack?

Brave 10 takes place during Japan’s historical Warring States period, about a year before the Battle of Sekigahara. While this sets the stage and setting for the anime, the historical aspect pretty much takes a back seat to the main plot. The story initially focuses of Kirigakure Saizo, who is a ninja searching for his purpose in life. While traveling, he comes across a distress woman named Isanami, who is being tracked by assassins after the massacre of her village. The assasins are after a special item Isanami carries, which could have powers beyond comprehension. After saving Isanami, Saizo reluctantly accompanies her to seek out an individual known as Sanada Yukimura, whose goal is to surround himself with ten warriors (or Braves, as he calls them). Saizo and Isanami are taken in by Sanada and become two of his Braves while he tries to seek out the other individuals that complete his Ten Braves. 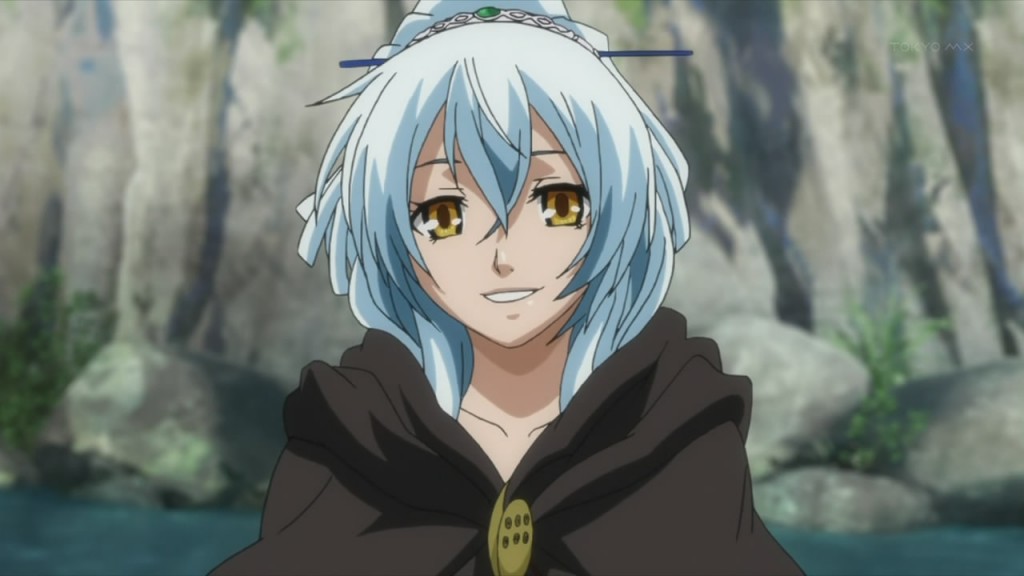 When everything is said and done, Brave 10 is a pretty average anime. It does give you everything you would expect in an action/ninja show, including the brooding hero who slowly warms up to everyone else, the damsel character who has to say the hero’s name about fifty times every battle, a couple of psychos on the good and bad sides, a flamboyant bad guy, and other tropes you know and (might) love. While it is based loosely on history, the story of Brave 10 is a bit lacking. There is a definitive story, but there are a lot of questions left unanswered and a few plot points that don’t really contribute much to the overall story.

One thing I did like about Brave 10 was the large cast of characters, both for the good guys and the bad. On the side of good, there are the ten warriors who make up the Braves, plus two or three other characters who contribute. For the bad guys, there are two main antagonists who interchangeably cause havoc for the heroes. Each character is distinct and different enough that they all don’t blend together. Despite the large cast, there is only a little bit of character development and only for a couple different characters. Some of the characters’ motivations are hard to discern and aren’t explored enough to make the characters feel more realistic. The one character that seems to change at all in the entire anime is Saizo. He starts off as a quiet, brooding person who wants to find purpose, and as the anime goes on, it seems Isanami has been a good influence on him. I believe that had the entire anime series been longer, we could have seen more back story from not only Saizo and Isanami but from the other Braves as well. It would have been nice to get a better feel of who they are.

As is standard with this type of anime, there is plenty of action, and where the story lacks, the action picks up a bit of the slack. Every fight scene is put together extremely well and keeps you on the edge like action anime series are meant to do. The fights themselves get better when you remember there are plenty of characters. This adds variety to the fights because you get different combinations of the heroes and bad guys going at it. Each character has their own weapons and skills, so it is entertaining to see how they use their abilities to get out of their current situation. 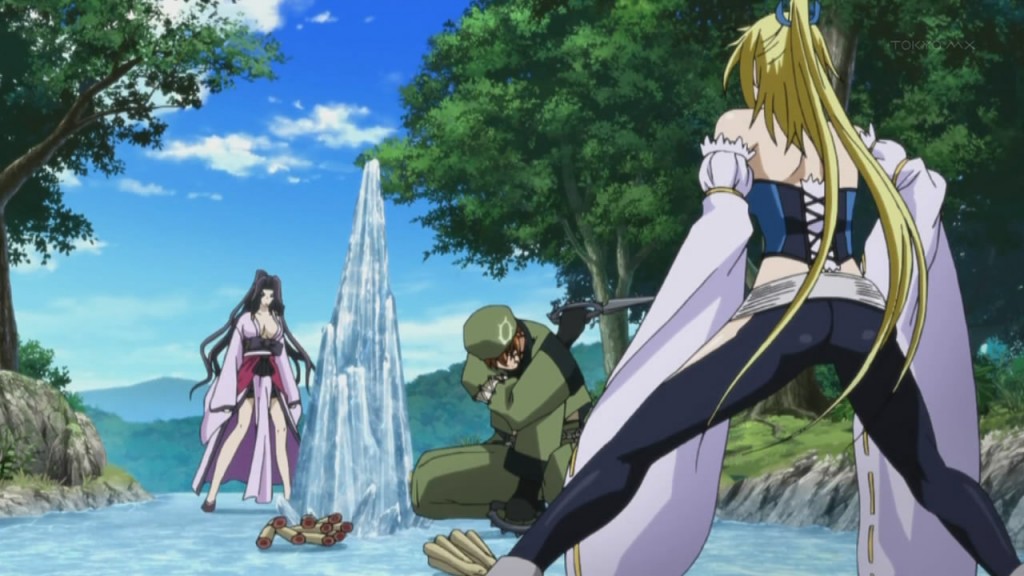 Unfortunately, the music that accompanies Brave 10 isn’t too memorable on its own. The music during the show fits in with the scenes, but you won’t be mesmerized or amazed. The opening theme, “Seirei Hirai”, is a little catchy but doesn’t really match the tone of the anime, even though it depicts the action of the anime. The ending theme, “En Ontoko -Adios-“, is an annoying, autotuned song that kind of screeches in your ears. As for the voice acting, there was no English dub, but I believe that would have brought the anime down. The Japanese voices were spot on for each character, and there was no voice that did not belong. The subtitles were easy to read and understand and even brought out certain characters even more; there was a character, for example, who only said two or three words per sentence, almost like how Fujin talks in Final Fantasy VIII.

Despite all the negatives about the anime, the art was pretty and extremely detailed. The landscapes captured your attention and allowed you to wander around with the characters as they explored. Each character’s design was defined and matched their personalities as it should. The bad guys had their evil smiles or those eyes that freak you out. You could tell exactly who each character was and how they acted pretty much based on how they looked. You even had your ambiguous characters. The attacks were bright and vibrant or deadly and fast, depending on who was using them and the substance of the attack. Even the cliche way that blood just comes spraying out of the body when cut was vibrant and interesting.

Is it worth it to watch Brave 10? If you like action anime with little story, then this could be your anime, but it doesn’t really separate itself from the pack like others do. (Prime examples would be Naruto, which made being a ninja fun, or Ninja Nonsense, which totally just blasphemed ninjas in general.) Brave 10 doesn’t really have that it factor that would give itself a unique identity. If there were any redeeming quality, it’s that this anime does provide a good opportunity for anyone who wants to find characters to cosplay.

Full Disclosure: This anime was reviewed using a copy provided by NIS America.