A few points that I wasn’t able to hit in the review, then: 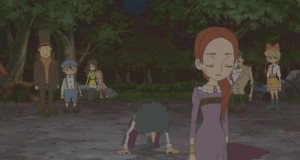 Either way, I do give this film a recommendation, as it is highly entertaining for just about anyone.

Disclosure: This film was screened using a review copy sent from Viz Media.