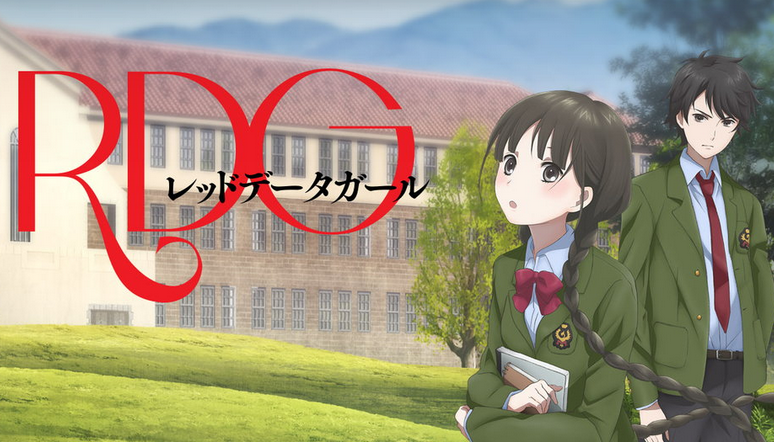 Red Data Girl follows Izumiko Suzuhara, a quiet teenage girl who mysteriously breaks any electronic device she touches. She was raised at a mountain shrine, and her bad luck with technology is actually caused by her spiritual power as a vessel for the himegami, a spirit who has possessed the women of her family for generations. The show is adapted from a series of fantasy light novels by Noriko Ogiwara, and like the original, this story is heavily based in shinto legend. Izumiko herself is a sort of shrine maiden, for example, and one way she uses her powers is by performing a shamanistic dance with fans.

Like many sheltered anime protagonists, now that Izumiko is ready for high school, she wants to try to reinvent herself and experience city life. To that end, she enrolls at Hojo Academy in Tokyo. Izumiko’s begrudging protector, a monk-in-training named Miyuki Sagara, enrolls there as well to watch over her, and the majority of the show revolves around a power struggle that the two become involved with at the academy. Behind the scenes, others with strong spiritual powers (students of onmyouji and ninja heritage, for example) vie to become a “World Heritage”. The chosen student would supposedly receive valuable support and protection for life because humans with such strong spiritual abilities are rare. (Hence the series’ name, which is derived from the International Union for Conservation of Nature’s Red Data Book of endangered animal species.) 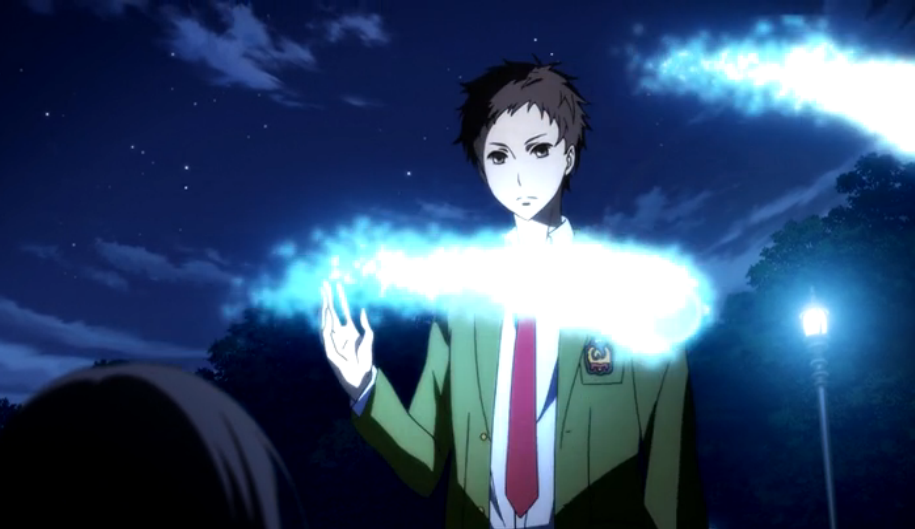 Despite the scheming happening around her, Izumiko manages to make friends, and she discovers more and more about her powers along the way. She also matures greatly into a more firm, confident young woman. One thing Red Data Girl really does right is this emphasis on personal growth, leading to well-developed characters all around. Miyuki and several other key characters really come into their own and make you care about what happens to them before the end, which makes it a shame that this season only lasted twelve episodes.

Therein lies the main problem with Red Data Girl: it just isn’t long enough, so despite excellent character development, the show falls flat in the storytelling department. The plot, while intriguing and engaging, is often muddled, and the show as a whole is badly paced. There are several mini-arcs that take place over the course of two or three episodes, and each of these subplots actually has a tight narrative. Unfortunately, they’re badly stitched together. You might wonder if entire episodes wound up on the cutting room floor, or perhaps the writers found out too late that they only had one season to work with. There were also several plot points (including the true nature of the himegami) that didn’t get the resolution they deserved, which was particularly disappointing. 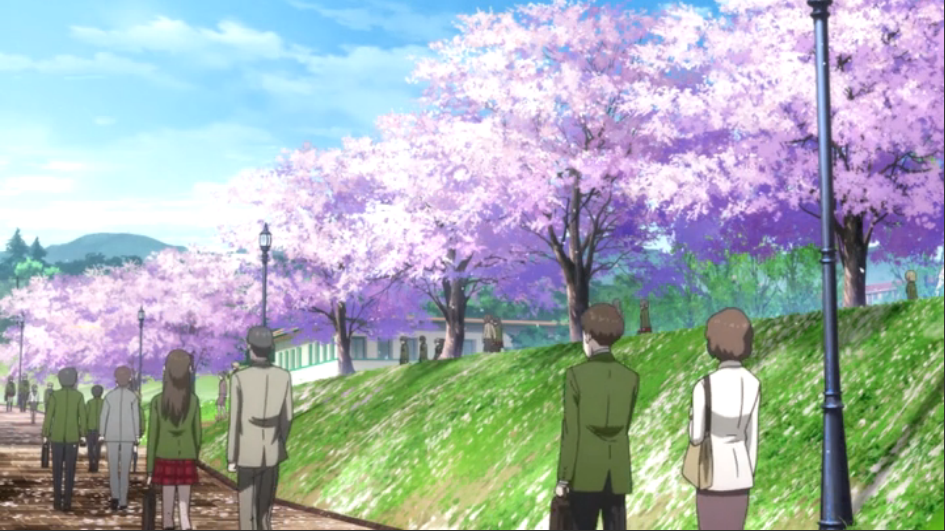 If you can get through Red Data Girl’s sub-par narrative structure, however, you’re in for a treat in the art department. The characters are well-drawn and highly expressive, and the mountain where Izumiko grew up is absolutely stunning. The Hojo Academy campus is pleasing to the eyes, as well, but neither the mountain nor the school holds a candle to the awe-inspiring spirit world.

The music in Red Data Girl is excellent as well. The intro theme, “Small WorlDrop” by Annabel, is lovely, while “Yokan” by Masumi Ito makes for a positively otherworldly outro song. The voice acting in this series is also superb, and Saori Hayama, who also played Saki Morimi in Eden of the East, is perhaps the most impressive member of the cast. She helps cement the changes in Izumiko’s character by adding a subtle firmness to the shy girl’s voice gradually over the course of the show. 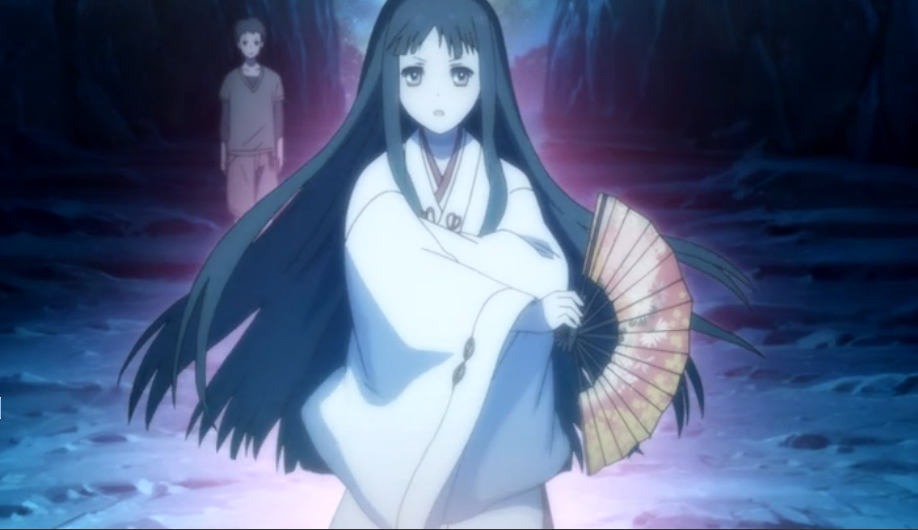 Red Data Girl is one of those shows with a ton of potential that disappoints in the end by failing to deliver on that promise. Despite the bad pacing, however, the characters and interesting premise still make it worth checking out. If you can’t stand the idea of an anime that doesn’t tie up all of its loose ends, however, you might want wait to see if this gets a second season.