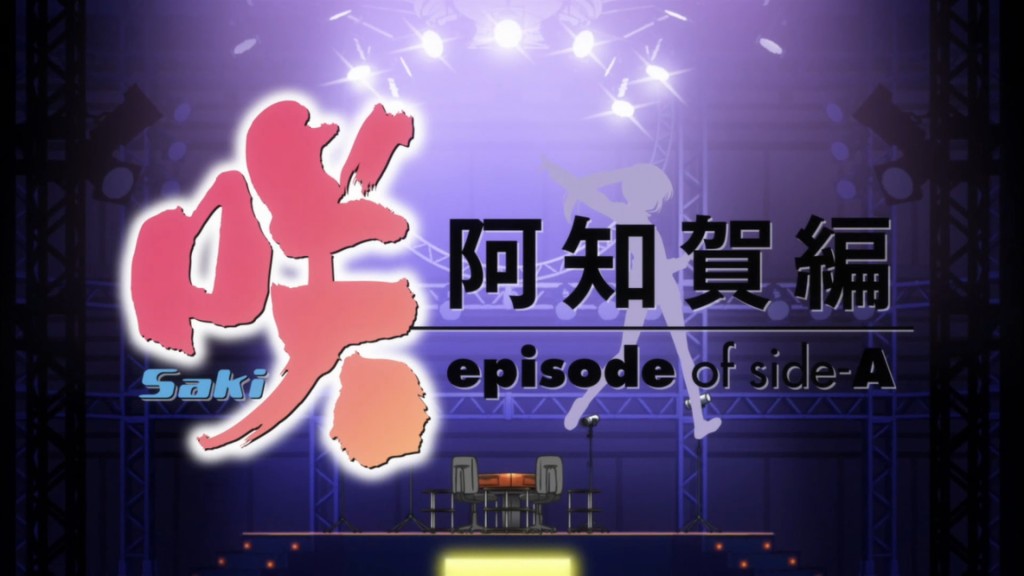 After a long wait, the final broadcast of Saki: Episode of Side A has aired, bringing the side-story to a close. After episodes 1-12 aired last spring, episodes 13-16 were spaced out from December 2012 through May 2013. So, was it worth the wait?

While the original series (review here) follows Saki, Nodoka and their teammates at Kiyosumi High up to the draw at the national tournament, Side A follows the girls of Achiga High on the other side of the bracket. Saki: Episode of Side A quickly rushes through the backstory of the team members and the prefectural tournament before spending the bulk of the series on the first few rounds of the national competition. Mahjong prodigy Nodoka Haramura spent two years at Achiga before transferring to Kiyosumi, leaving Ako, Shizuno and her other friends behind. The girls at Achiga vowed to pull their team together and make the national tournament in order to see their friend again. Of course, being in the other bracket means that both teams must aim to reach the finals before they can face off at the mahjong table.

Like the original series, Side A is filled with all of the tropes one might expect from a shonen, sports anime – supernatural abilities, sudden increases in power level, improbable comebacks – all set around a mahjong table. While some of the players seem to rely primarily on skill and scouting, others have the ability to manipulate starting draws or summon the exact tile they need in a given situation. This often results in two or three of the players at the table getting into a super-powered face-off and leaving the other players by the wayside until one of them fires off a pot shot and snaps everyone back to reality. 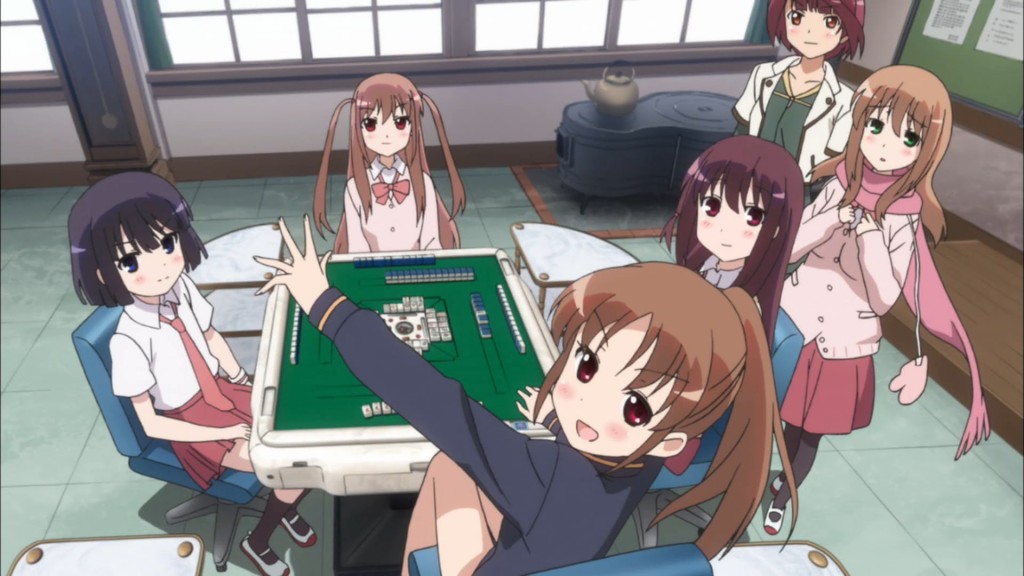 The Achiga team is made up of Ako, Arata, Shizuno and the sisters Yuu and Kuro, five mahjong players at a school which hasn’t made the national tournament in a decade. Harue, their coach, was a member of that team, and after a long hiatus from the game, returned the the school to help develop the next generation of players. Each of the characters has their quirks in and out of the game, though some are more apparent than others. The characters, while fun to watch, are fairly static as most of the show concentrates on the mahjong games themselves; however, some of the clashes they have at the table do teach them a lesson here and there. There’s an excess of moe and a heaping suggestion of yuri to be had, but the show is still funny nonetheless. In addition to Nodoka, who primarily shows up in flashbacks, a number of other characters from the original also show up in this series, as well, but the show presumes viewers know them already, and doesn’t spend too much time introducing them. Side A also doesn’t spend as much time on the basics of mahjong as the original, so if you’re not familiar with the terminology, that’s one more reason you might want to watch the original before jumping into this one.

While just watching a normal game of mahjong would only be as exciting as watching the World Series of Poker, Side A does manage to keep things tense and exciting through the background music and animations. Each character’s super move is accompanied by some graphical effect. One character becomes an archer and when she wins a round, she fires an arrow into her opponent; another has visions of future turns that she can play through like a video recording. Most of the animation budget was spent on these sequences as the rest of the show looks to be average quality at best. There are minor blemishes to be found here and there if you look for them, but nothing hugely distracting. 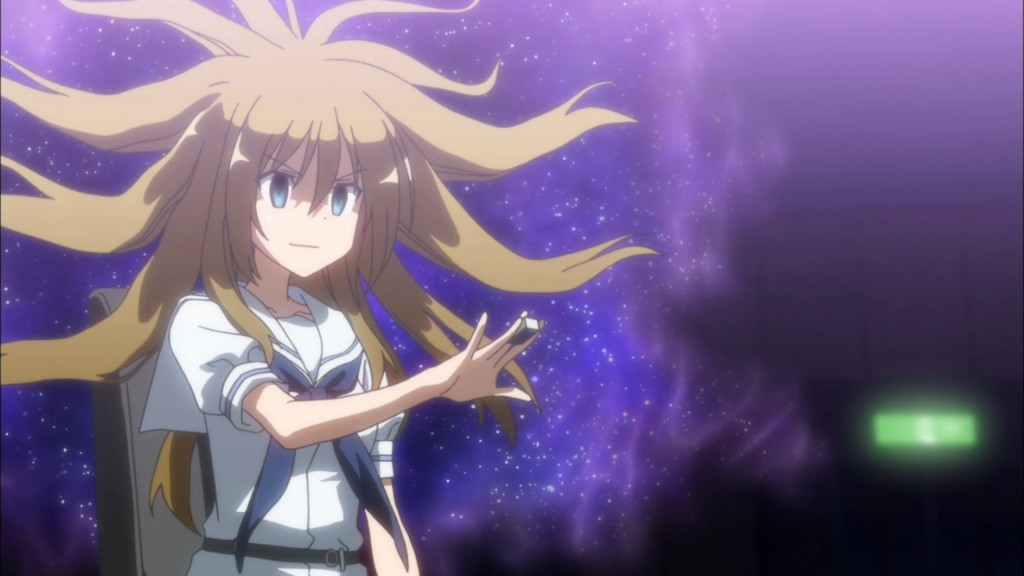 The show has one opening and two closing songs which alternate based on the mood of each episode’s final scene. The opening theme, “Miracle Rush” by the pop group StylipS, is pretty standard fare. It’s upbeat, cute and catchy, but it’s nothing awe-inspiring. Between the two ending themes, “Futuristic Player” is definitely the better song and plays when the show ends on a tense note. Performed by Miyuki Hashimoto (who also did the first Saki opening), it is reminiscent of late 90’s/early 2000’s anime music; think “Give a Reason” from Slayers Next, for example. “Square Panic Serenade” by the Achiga voice actresses is more cheery and plays when things are a little more relaxed, serving as a reminder that even though they’re playing their hearts out, these characters are just kids.

While Side A ends on a cliffhanger once again as the national tournament is still not yet over, it looks like everything will be tied up with Saki: Zenkoku-hen which is set to air next spring. In the meantime, Side A offers another enjoyable romp through competitive high school mahjong, but you should definitely start with the original first.