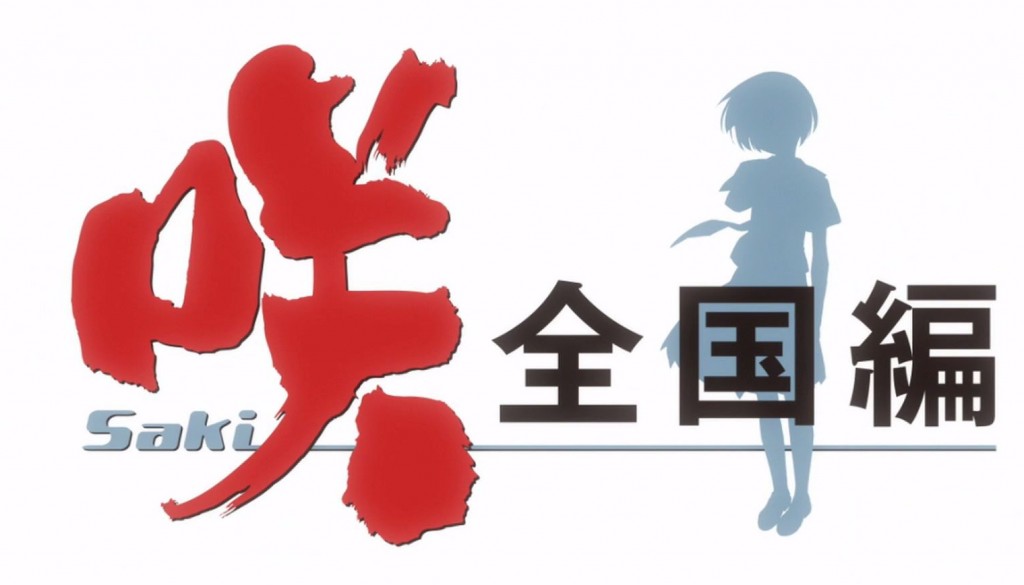 Over four years after their last match, the girls of Kiyosumi High have returned to the spotlight to take on all comers at their first National Inter-high Mahjong Tournament. The best of the best have gathered to test their skills and see who are the best mahjong players in Japan. Who will be crowned champion? Sadly, even after watching Saki: The Nationals, we still don’t know, as they did not finish the tournament despite taking 13 episodes.

If you haven’t watched the first two seasons–which you should before jumping in here–you might be wondering why you’d want to watch a show that follows a high school mahjong team. Well, if the show was just about four people sitting around a table passing tiles, it wouldn’t be much in the way of entertainment–unless you’re a hardcore mahjong enthusiast. While what happens around the table is important, the show is moved along as much by the character interactions as it is the results of the matches. Each stage pits Kiyosumi against new teams with new backstories and new powers. Yes, powers. Many of the characters have superpowers that help them take control of the match–one character can draw certain types of tiles to her, another has the ability to win as soon as an opponent announces that they are one tile away, the list goes on. The result is that most of the matches feature Dragonball Z-esque showdowns where these powers try to trump each other, adding considerable variety to the events (and visuals) of the show. 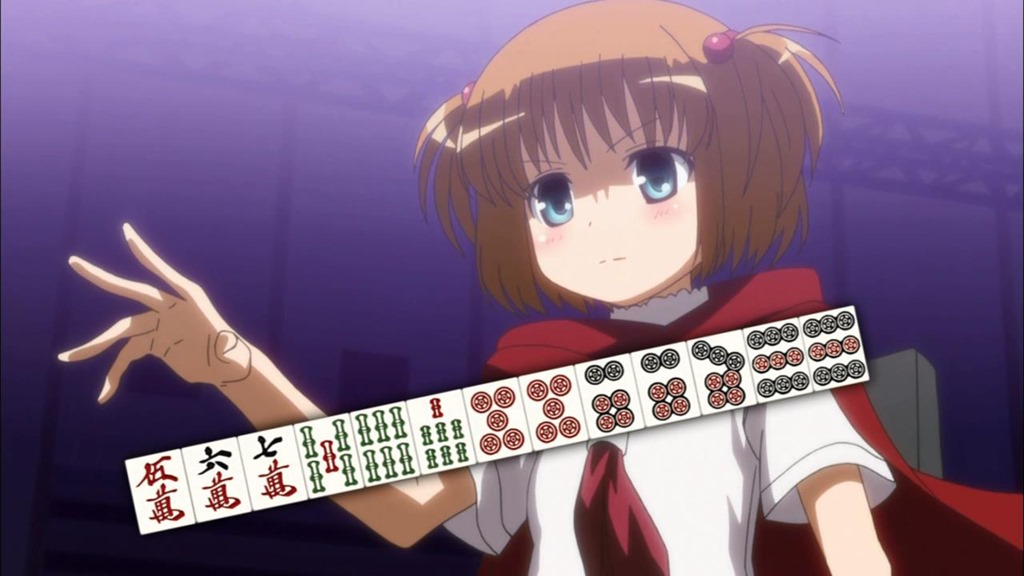 But only about half the show is spent at the competition. Instead, a considerable amount is spent watching the teams talk, plan and train before they face off, and during the matches, it frequently cuts to the teammates for their reactions and conversations about the players at the table. This is how a lot of the backstory gets fleshed out in the show, and thus how you learn that along with the sheer desire to win, the characters have their own reasons for competing. Saki’s sister Teru is an amateur mahjong star and meeting in the tournament would give them a chance to talk for the first time in a long time. Nodoka has hopes of facing off against her friends from Achiga (stars of the Side A spinoff), having not seen them since she moved away, and since they are in opposite brackets, that means making the finals. Many of the characters receive snippets to help give them depth, but not a lot of time is spent on any of them as, when they lose, they more or less fall off the map. In addition, several teams that were seen during the previous two seasons make cameos as they come to visit or act as training partners for the competitors, but the show assumes that you already know the connections, so if you haven’t watched the prior seasons, you will be left wondering who these random characters are.

With so many characters making an appearance (a single 5-round match features 20 girls), a lot of effort was put into making each one look distinctive. Each high school has its own look, and several of them play off of one trope or another. For example, while many have traditional uniforms with some sort of defining characteristics, one team is dressed in traditional miko attire. The more traditional the team’s uniform is, the more each character gets a personal distinction, whether it’s two different eye colors, an oversized hat, an unusual hairstyle, etc. As a result, the character designs just scream fanservice and moé. The settings around the competition look nice, but aren’t breathtaking, instead the animation staff seemed to put their time into animating the various superpowers, which definitely helps keep the show exciting. 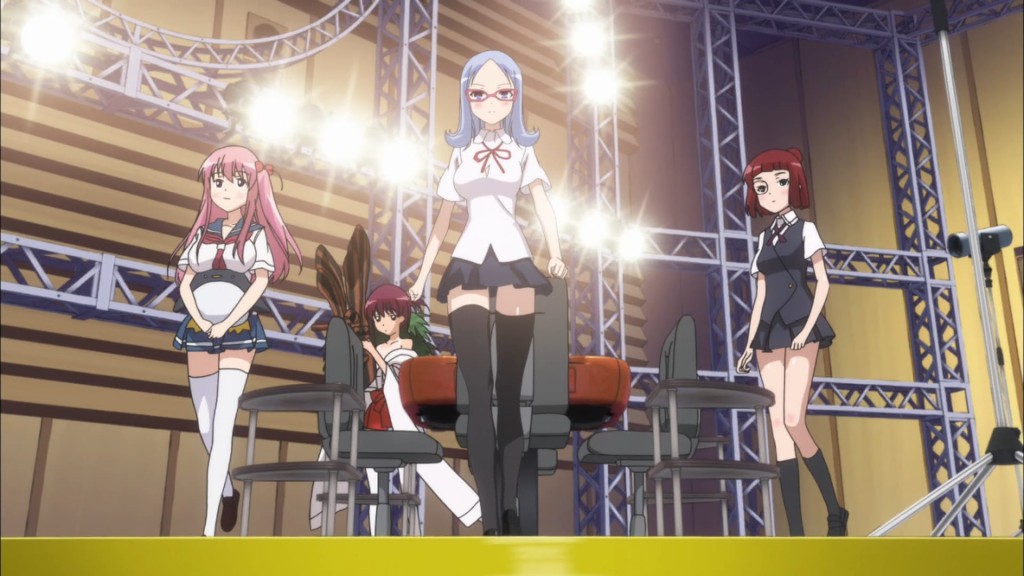 Like the art, the music and voice work was also decent but nothing to write home about. The background music during the show isn’t particularly memorable, but it was always appropriate, and they same could be said for the character’s voices–except for Satomi’s “wahaha” laugh which could haunt your dreams. Being a new season, that also brings new theme songs, and Hashimoto Miyuki returns with the show’s opening “New Sparks” as well as one of the two ending themes “True Gate.” Several groups of voice actresses band together for the show’s other ending theme “Kono Te ga Kiseki wo Eranderu,” as there are three versions of the song over the course of the season. All three songs are catchy in their own way, but both “New Sparks” and “Kono Te” are particularly chipper, as one might expect from a show that features a plethora of high school girls.

All in all, Saki: The Nationals is a fun show to watch, but it really could have, and should have, moved faster. Once it reached episode 10, it became quite clear that they were not going to resolve anything this season, which makes it feel like a bit of a waste. Sure the team progressed in the tournament, but those looking for any sort of closure will have to wait and hope that it comes sooner than later.